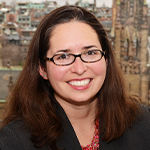 In Cavanagh v. Cavanagh, 490 Mass. 398 (2022) (“Cavanagh”), the Supreme Judicial Court (“SJC”) issued one of its lengthiest family law decisions to date, and introduced a new method judges must apply when calculating alimony and child support. In so ruling, the Court provided guidance about what types of income must be included and excluded in child support calculations. Considered a radical decision by many within the family law bar, the SJC held, inter alia, that it was an abuse of discretion for a trial judge to calculate child support first so as to deny alimony based on the trial judge’s understanding that, under G.L. c. 208, § 53(c)(2), the same income relied on to calculate child support cannot be used also to calculate alimony.[1]

Prior to Cavanagh, many family law judges and practitioners believed that child support should be calculated before alimony, and alimony was to be awarded only if there was excess income not used in the child support calculation. The Cavanagh Court rejected that approach, and held that “[w]here, as here, a judge chooses to calculate the child support and then denies alimony on the basis that § 53(c)(2) prevents the use of the payor’s income to calculate alimony, the judge has abused her discretion because she has failed to do the fact-specific analysis of the family’s circumstances required by § 53(a).” Id. at 409. The SJC then introduced a new three-step method that must be followed in cases in which both alimony and child support are involved. The method is as follows:

(1) Calculate alimony first, in light of the statutory factors enumerated in § 53(a) and the principle that, with the exception of reimbursement alimony, the amount of alimony should be determined with reference to the recipient spouse’s need for support to allow the spouse to maintain the lifestyle enjoyed prior to the termination of the parties’ marriage. Then calculate child support using the parties’ postalimony incomes.

(2) Calculate child support first. Then calculate alimony, considering, to the extent possible, the statutory factors enumerated in § 53(a). We acknowledge that in the overwhelming majority of cases, the calculation of child support first will preclude any alimony being calculated in this step.

The SJC did not provide any guidance regarding how judges are to determine which order will be “the most equitable” under this new method. Moreover, Step 3 of the new method suggests that litigants will need to retain tax experts to calculate and then present to the court the tax consequences of the different potential alimony and child support orders, and the parties’ expected net after-tax incomes under both scenarios. Further, as a matter of public policy, if the parties cannot afford or otherwise fail to hire the appropriate tax experts, support awards calculated using the first test may be so high that they disincentivize payors’ continued employment.

Types of Income to be Included in Child Support Calculations

The Cavanagh Court considered the following different types of income, and determined whether they should be included in calculating child support:

In a recent decision, the Appeals Court has already relied on the Cavanagh decision for the proposition that “principles restricting consideration of income derived from assets received in divorce for purposes of alimony have ‘no bearing’ on consideration of such income for purposes of child support.” Duval v. Duval, 101 Mass. App. Ct. 752, 763 (2022) (holding that on remand the trial court was free to consider husband’s dividend income from his business interest in connection with the support of the children).

It remains to be seen how closely trial judges and the family law bar will hew to the new Cavanagh methodology for calculating alimony and child support. More guidance from the SJC and the Appeals Court will be needed as to how to determine which approach to support is “most equitable,” and how to deal with the tax consequences of different awards. Until such guidance is received, the family law bar will have to do its best to grapple with this sweeping new development in the law.

[1] The SJC’s decision, addressing a modification judgment involving alimony, child support, legal fees and a determination on where a child would attend school, additionally weighed in on other topics of importance to family law practitioners. Although beyond the scope of this article, the Cavanagh Court specifically: (i) cautioned parties to include in the record appendix the judgment of divorce that incorporated a separation agreement; (ii) interpreted what it found to be an ambiguous provision in the parties’ separation agreement regarding payment of a child’s preparatory school costs; (iii) held that parties may not agree that a child is emancipated under conditions broader than those provided for by G. L. c. 208, § 28 so parties’ emancipation language in separation agreements does not control; (iv) held that a child who was attending West Point is principally dependent on the U.S. military, and not on either parent and is, therefore, emancipated; (v) held that the trial judge made her reduction in child support retroactive to the wrong date; (vi) emphasized that judges must adhere to the issues defined in pretrial orders unless justice requires that they be altered; and (vii) held that, where an action involves a separation agreement made by the parties, it falls within the contract exception to the testimonial rule of spousal disqualification, thus permitting the parties to testify about private marital communications concerning the relevant portions of their separation agreement.
[2] The SJC issued a revised version of its opinion on September 9, 2022 and changed the language of this third step to clarify that a trial judge is not required to choose either the orders from prong 1 or prong 2 of the test and can, instead, fashion different orders.

Jessica Dubin is a partner at Lee & Rivers LLP where she concentrates her practice on all aspects of family law. Jessica serves on the Board of Editors of The Boston Bar Journal.