Three Branches Working Together: The Latest on Section 35 Civil Commitments 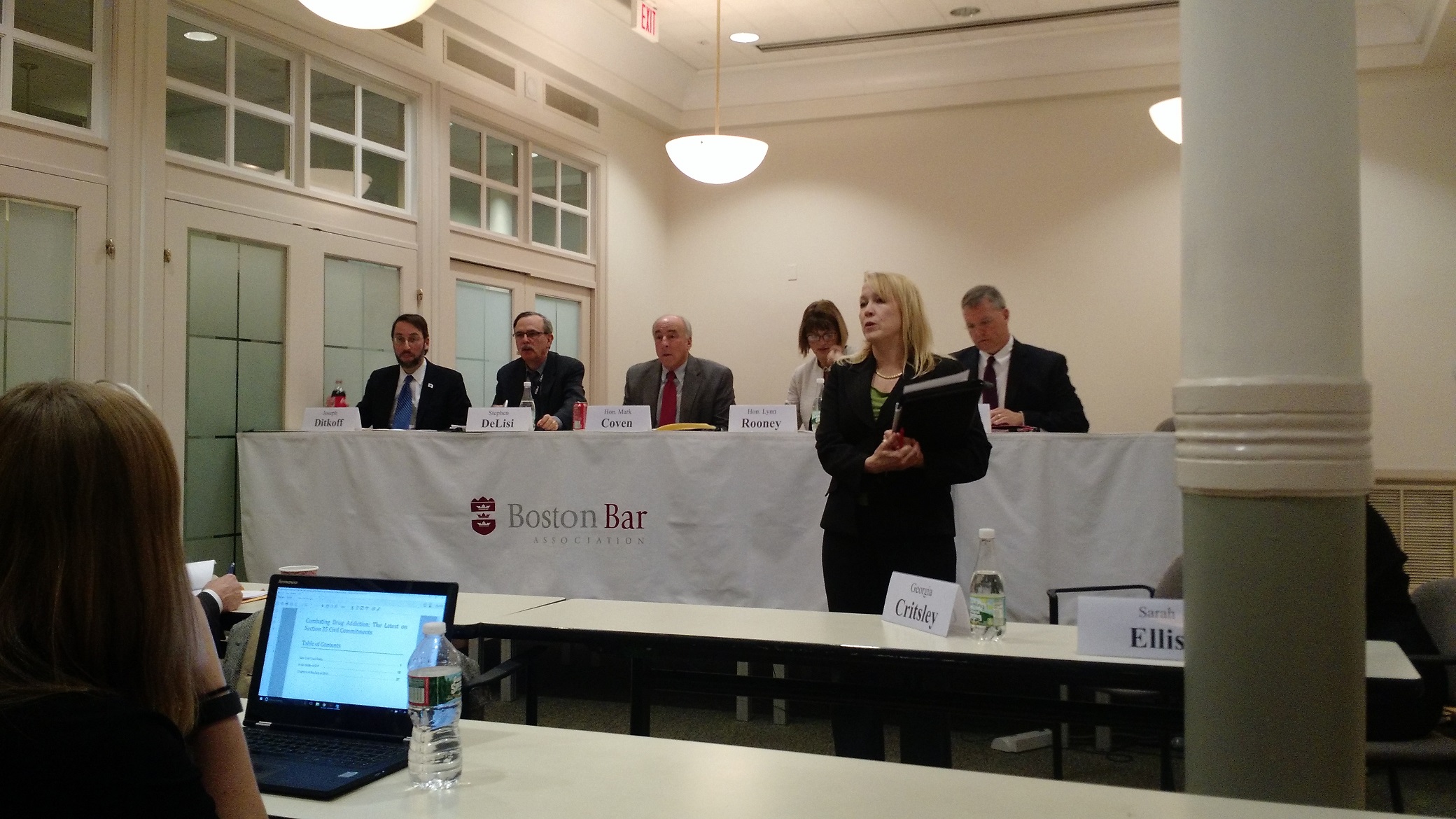 So-called “Section 35’s” are a form of civil commitment permitted under G.L. c. 123 §35 for individuals suffering from substance- or alcohol-abuse disorders.  With the ongoing opioid crisis, their usage has skyrocketed.  Whereas about five years ago the courts saw about 5,000 sections per year, today that number is at 10,000 and rising.

In simplest terms, “Sections” allow individuals, such as friends and family of a person allegedly suffering from severe addictions, to seek help from the court in order to force detoxification and treatment.  The concerned individual(s) can even request a warrant from the court to have police find and bring in the individual.  Once in court, it is up to the judge, with the help of a qualified physician, psychologist or social worker, to determine whether the individual is indeed suffering from an alcohol- or substance-abuse disorder and, if so, the level of threat they pose to themselves and others.

Recently enacted uniform court rules provide new clarity on how these procedures should operate.  In a Section 35 hearing, the rules of evidence do not apply – for example, hearsay evidence is admissible — and the judge may inquire of the petitioner as well as accept testimony or other evidence from the petitioner or any other person, including a court official.  Then the judge must “determine whether there is clear and convincing evidence that (1) the respondent is an alcoholic or a substance abuser, as defined in G.L. c. 123, § 35; and (2) there is a likelihood of serious harm, as defined in G.L. c. 123, § 1, as a result of the respondent’s alcoholism or substance abuse, to the respondent, the petitioner, or any other person.”  If the judge finds both of these prongs met, then the court may issue an order of commitment for up to 90 days in “a suitable facility approved by the department of public health for the care and treatment of alcoholism or substance abuse,” with fallbacks to correctional institutions if there are no beds available at these institutions.

As Chief Justice Dawley explained, this is an extremely important time for the Section 35 process, as the Executive, Judiciary, and Legislature have all been working together to clarify and improve these hearings.  Over the summer, the SJC issued an opinion in, In the Matter of G.P., using a footnote to expound on some of the key recent uniform court rules.  Specifically, the footnote confirmed that the standard of evidence for Section 35 hearings is “clear and convincing,” that the rules of evidence do not apply and hearsay is admissible, and that any appeal is to the District Court’s appellate division.  The case also discusses the meaning of a “substantial risk” of “imminent” harm, noting that it does not necessarily mean immediate harm, but rather that “the harm will materialize in the reasonably short term – in days or weeks rather than in months.”

The executive branch made a commitment to expand treatment options, unveiling a new drug treatment unit for women at Taunton State Hospital called the Women’s Recovery from Addictions Program (WRAP).  This move corresponds with a newly-enacted law, H3956, which ends the practice of women being civilly committed under Section 35 to MCI-Framingham, a correctional institution that provided only detoxification without addiction treatment and incarcerated addicts alongside convicted criminals.  As Chief Justice Dawley stressed, 18 months ago the courts had little guidance on civil commitment procedures, and now there are new rules, new legislation, more treatment options, and an explanatory SJC decision.

However, there is still much to be done.  The courts are continuing to work on implementing the new rules and have ongoing communication with the executive and legislative branches.  There are also still plenty of challenges.  For example, the new uniform court rules remove the ability of individuals to self-petition, leaving the courts in a tight spot.  Judge Rooney said she typically sees at least one self-petitioning individual per day and her court has been directing these people to the Probation Department, hoping that the probation officer on duty will fill out the Section 35 petition for the at-risk individual.  While this often works, she noted that it is an increasing burden on Probation and other courts may not have the luxury of a probation officer readily available for this purpose.  She hopes to see a process put in place for these people.

Furthermore, based on anecdotes from the judges and attendees, it was clear that practices across all courts have not been standardized.  While complete uniformity may not be possible or practical, there seems to be a push for closer coordination across the state.  The new uniform rules should help provide that, but it will take time for the courts to work out all the kinks.

In sum, the program did a great job of helping to explain where things stand with Section 35 civil commitments.  While it is clear that there has been great progress recently, and even more in the works, there is also still a long way to go in honing the effectiveness of these proceedings.  We look forward to seeing what else the three branches of state government can accomplish towards easing the opioid crisis.