The Gambling Fix: How Our Casino Helps the State

A couple of weeks ago, if you were anywhere near the BBA, you may have heard voices chanting outside the State House.  Their shouts echoed through 16 Beacon – around 800 young people marching from the Old South Church to the State House, demanding a change after the Governor cut funding for 160 youth jobs as part of his budget fix to close a $768 million budget gap.  This measure, coupled with the increase in minimum wage, could result in 1,000 fewer jobs for youths this year.

The funding at issue comes from an Executive Branch program administered by the Commonwealth Corporation, YouthWorks, also known as “Summer Jobs Program for At Risk Youths” (line item 7002-0012), which received a $10.2 million appropriation for the FY15 budget.  The Commonwealth Corporation is a quasi-public state agency within the Executive Office of Labor and Workforce Development.  Because it is part of the Executive Branch, the Governor has so-called 9C authority to cut its funding in order to balance the state’s budget.  In this case, Governor Charlie Baker’s cut will reduce YouthWorks funding by $370,000 over the course of the year.

YouthWorks provides job opportunities and training for individuals ages 14-21 and living at 130% of the federal poverty level in targeted high-risk cities of Massachusetts.  The program subsidizes jobs with local public, private, and non-profit companies and mandates a minimum of 15 hours of job readiness training for its participants.

With this news, the Boston Bar Association Summer Jobs Program carries increased significance.  The BBA works in concert with its charity, the Boston Bar Foundation, to provide paid summer internships to Boston public high school students in law firms, businesses, non-profits, the courts and government agencies.  In addition, students in the program attend an orientation as well as weekly seminars on law-related and professional development topics.  Last year, the program provided 64 internships to Boston teens, including 14 positions in legal service and government agencies funded by the Boston Bar Foundation.  Meet some of the BBF-funded students and learn about their experiences in the program here. 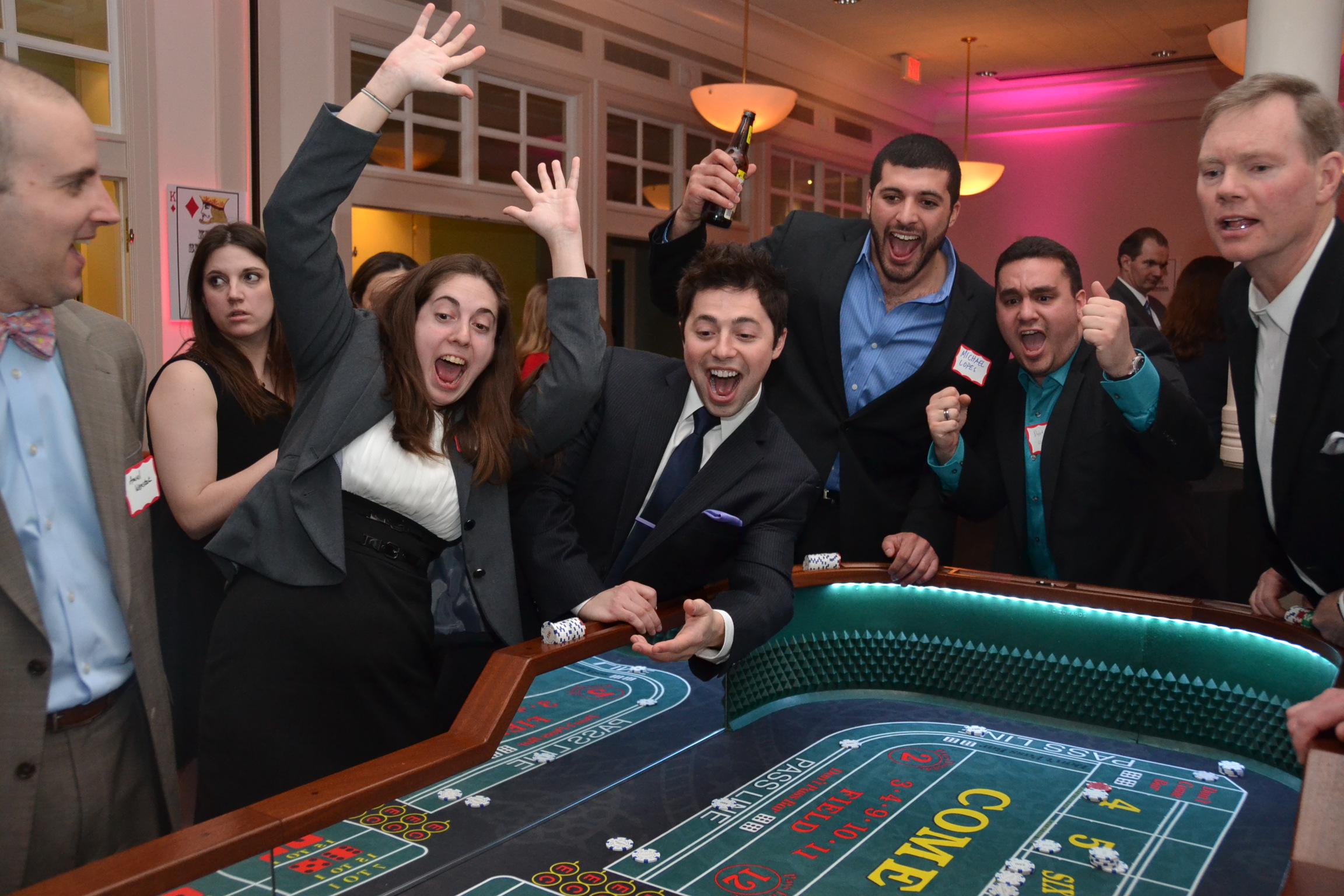 Coincidentally, our annual fundraising event for the Summer Jobs Program is only days away.  On March 12, the BBA will be transformed into a two-story casino for the annual Casino Night for Summer Jobs event. Your ticket to Casino Night gets you access to one of our most fun events with live entertainment, a silent auction, hors d’oeuvres and a beer and wine bar, and of course casino games.  (Check out pictures from past years).  Best of all, the proceeds give Boston area students great opportunities for paid meaningful summer employment that they would not otherwise have.

Another casualty of the budget deficit fix was civil legal aid funding – money that helps provide lawyers to individuals living at 125% of the poverty level secure or maintain basic life necessities such as avoiding foreclosure and eviction or gaining protection from a batterer.  The FY15 appropriation for the Massachusetts Legal Assistance Corporation (MLAC) was cut by 1.79%, or roughly $268,500 by a bill proposed by the Governor and approved almost unanimously by the legislature.  Because MLAC is part of the judicial branch, budget (line item 0321-1600), the Governor cannot cut it directly through his 9C authority.  However, the Governor can propose cuts in bill form to the legislature, which they can pass, as happened here.

The judiciary as a whole suffered a 1.79% mid-year cut, which of course is of great concern to us as well.  Governor Baker’s budget proposal for next year, FY16, was released just yesterday, and it too reflects strained circumstances, arriving as it does in the context of a significant budget gap.  (We will have more to say on that next week.)

As a result of the MLAC cuts, fewer people can access legal aid attorneys now than ever before.  According to our recent study, Investing in Justice, 64% of eligible individuals are turned away from legal aid due to lack of resources.  Not only does this mean that 54,000 people are hindered in accessing justice each year, but it also has a massive impact on the courts.  According to our survey, over 90% of judges felt that the increased number of pro se litigants bogged down court procedures and burdened court staff.

Like the summer jobs cuts, this problem has a solution.  We are asking the Legislature to increase legal aid funding by $30 million over three years, bringing the total MLAC appropriation request this year to $25 million.  We hope you will join us in this ask.  According to the work of independent economic analysts, civil legal aid is a smart investment.  For every $1 spent, the state actually gets a positive return on investment, either directly from back end savings on social services expenses such as law enforcement, shelter, and medical costs, or through economic growth.

The budget deficit has created major challenges for many areas of the budget, but few issues were hit harder than youth employment and civil legal aid.  So our ask this week is two-fold – enjoy a great evening out at Casino Night to support youth summer jobs and contact your legislator to voice your support for civil legal aid funding.  Making a difference is that simple!