Wednesday was a big day for our legal aid advocacy efforts, including a legislative briefing and two important meetings.  We started our work at the State House with a briefing for legislators.  A number members of the House of Representatives and many staffers stopped-by to learn about civil legal aid.  The event was hosted by Representative Ruth Balser, one of the Legislature’s true champions for civil legal aid, who has filed the Massachusetts Legal Assistance Corporation (MLAC) budget amendment for many years.

The briefing began with a video depicting Housing Court.  The moving video, below, shows the struggles of unrepresented litigants, who are the norm in Housing Court.  93% of tenants in evictions do not have lawyers.  They face long lines, confusing procedures, and the challenges of understanding complex legal terminology.  Judges are aware of the daunting situation facing these litigants, but, as Judge jeffrey Winik states int he video, all they can say is, “Do the best you can.”  Based on the findings of a survey of judges in our task force report, Investing in Justice, judges have recognized an increase in unrepresented litigants and had to deal with its negative consequences.  90% saw slowed procedures and attendant increases in the time court staff has to spend (in addition to their regular duties) assisting these litigants and more than 60% said it negatively impacts the court’s ability to ensure equal justice.

Following the video, a panel of presenters spoke on different aspects of civil legal aid.  Former BBA President J.D. Smeallie talked about the aforementioned BBA Statewide Task Force to Expand Civil Legal Aid in Massachusetts and many of its findings – including that legal aid agencies turn-away more than 64% of qualified individuals due to lack of funding and that investment in legal aid can yield positive returns from $2 to $5 in areas such as evictions and foreclosure defense.

Massachusetts Bar Association President Bob Harnais followed urging legislators to visit the courts to see for themselves all the unrepresented litigants and the toll this takes on the courts and individuals.  He urged attendees to put themselves in the shoes of the pro se litigants in the video, listening to a judge tell them to do their best, without understanding what is going on around them, while life necessities, such as shelter or protection from abuse hang in the balance.  He lauded the findings of the BBA Task Force Report while pointing out that numbers make only  part of the argument – it is imperative to put a face to the numbers by seeing the courts and individuals in need firsthand.

Executive Director of MetroWest Legal Services, Betsy Soule, talked about her experiences on the front lines of civil legal aid service.  She described how the 12 lawyers of MetroWest Legal Services attempt to cover 36 towns and more than 45,000 eligible individuals.  She spoke of the tough and borderline-ridiculous decisions they have to make during intake, considering whose serious life problems are worse in doling out the precious commodity of legal assistance.  Weighing things like the potential of an eviction with protecting a victim from domestic abuse – the calculation is impossible.  While they try to offer less-than-full representation where they can, try to engage volunteer lawyers to take cases pro bono, and triage with providers of other services, the needs are still not met, and increased resources are the only route to a solution.

Finally, a client spoke of her experience with civil legal aid.  A legal aid attorney prevented her eviction and worked out a deal with her landlord to extend her lease at a reasonable rate for an additional six months while she awaited the processing and approval of her application for a senior living facility.  She spoke of her gratitude for the services she received and does not know what she would have done without civil legal aid, which prevented a major upheaval in her life.

The briefing was a great event, hopefully the first of many.  The presentations provided a broad range of information about legal aid, from the facts and statistics to the experiences of legal aid attorneys and their clients.  We hope everyone left with the information they need to be able to make the argument for an additional $10 million in funding for the MLAC line-item.

Later that afternoon, we were back at the State House for a couple of meetings.  First we were part of a legal aid coalition that met with Senate Chair of the Joint Committee on Ways and Means, Karen Spilka, and fiscal policy analyst, Christopher Marino, who handles the MLAC line-item, among a number others.  Senator Spilka listened carefully to each presenter, but was realistic on the budget, explaining that money is extremely tight this year, and that many groups had legitimate and increasing needs. 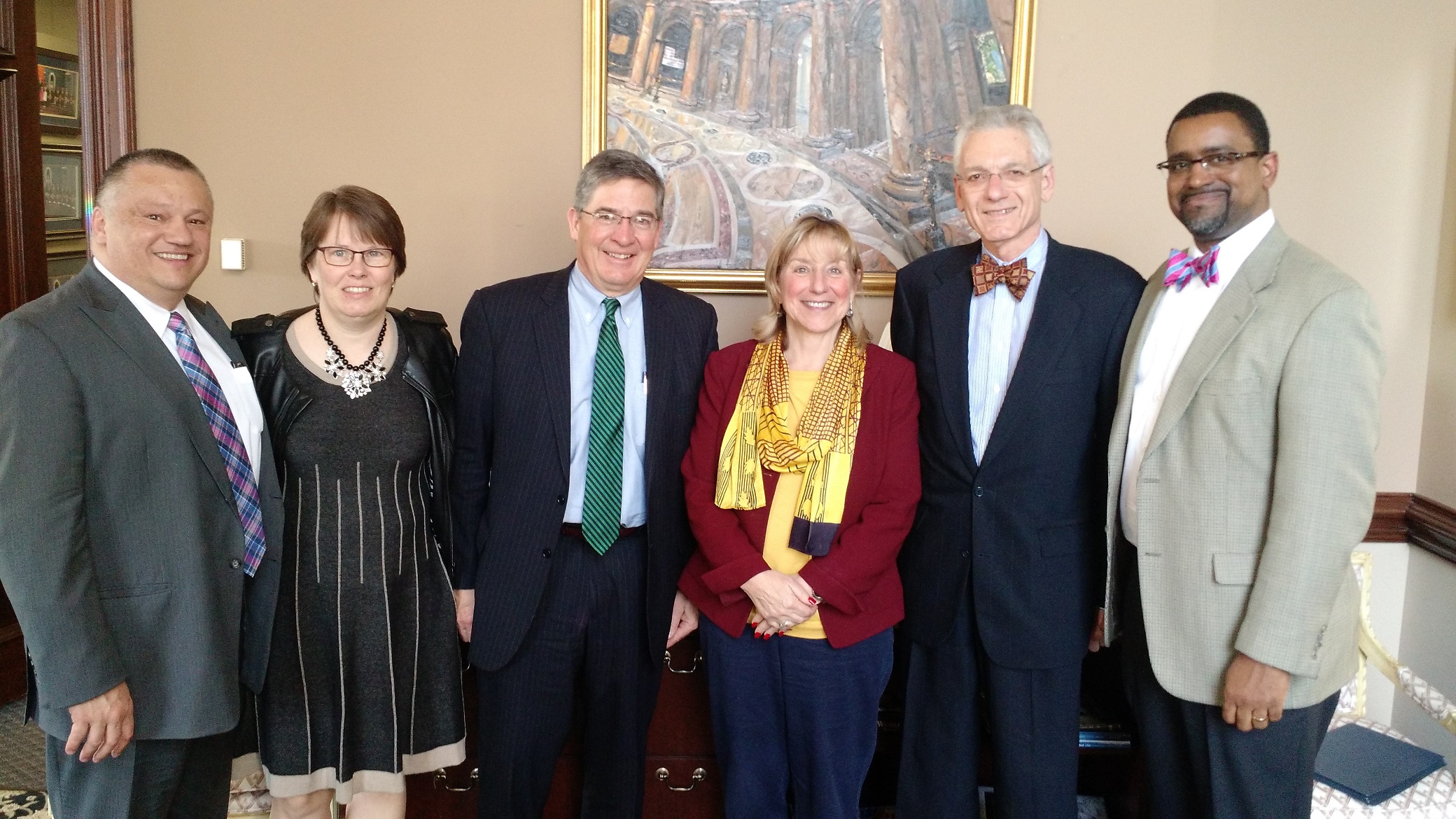 Finally, J.D. Smeallie met with House Chair of the Joint Committee on the Judiciary John Fernandes and Committee Chief Legal Counsel Gretchen Bennett.  Representative Fernandes has long been a staunch supporter of civil legal aid and a great resource for the BBA’s advocacy on the issue.  He was a member of the BBA Statewide Task Force to Expand Civil Legal Aid in Massachusetts and has always provided guidance and creative thinking for our advocacy efforts.  He and J.D. discussed the progress made with last year’s MLAC funding increase of $2 million dollars and the prospects for an even greater increase in this budget cycle.

We thank everyone for the time and efforts they are putting into this issue.  We are confident that Wednesday’s briefing and meetings made a difference and look forward to continuing the conversation with these legislators and staffers and more in the coming weeks.  We will keep you posted on our progress as we push for $27 million in MLAC funding for FY17.