Today we begin the final countdown to Walk to the Hill 2016 for civil legal aid, which is happening exactly one week from the date of posting, on January 28, from 11:30-12:30 (on-site registration begins at 11:00 am) at the Great Hall in the State House.  So we were very excited to welcome to this week’s BBA Council meeting a key legislator and long-time supporter of legal-aid funding, Senate Chair of the Joint Committee on the Judiciary, William Brownsberger.  Senator Brownsberger began with some background on his legal career.  He spoke of his tenure in the Attorney General’s office where he worked on the Public Protection Bureau and as Asset Forfeiture Chief in the Narcotics and Special Investigations Division.  It was there that he first became interested in the issues of addiction, and began consulting and teaching on criminal justice and addiction issues, which he soon turned to full-time. 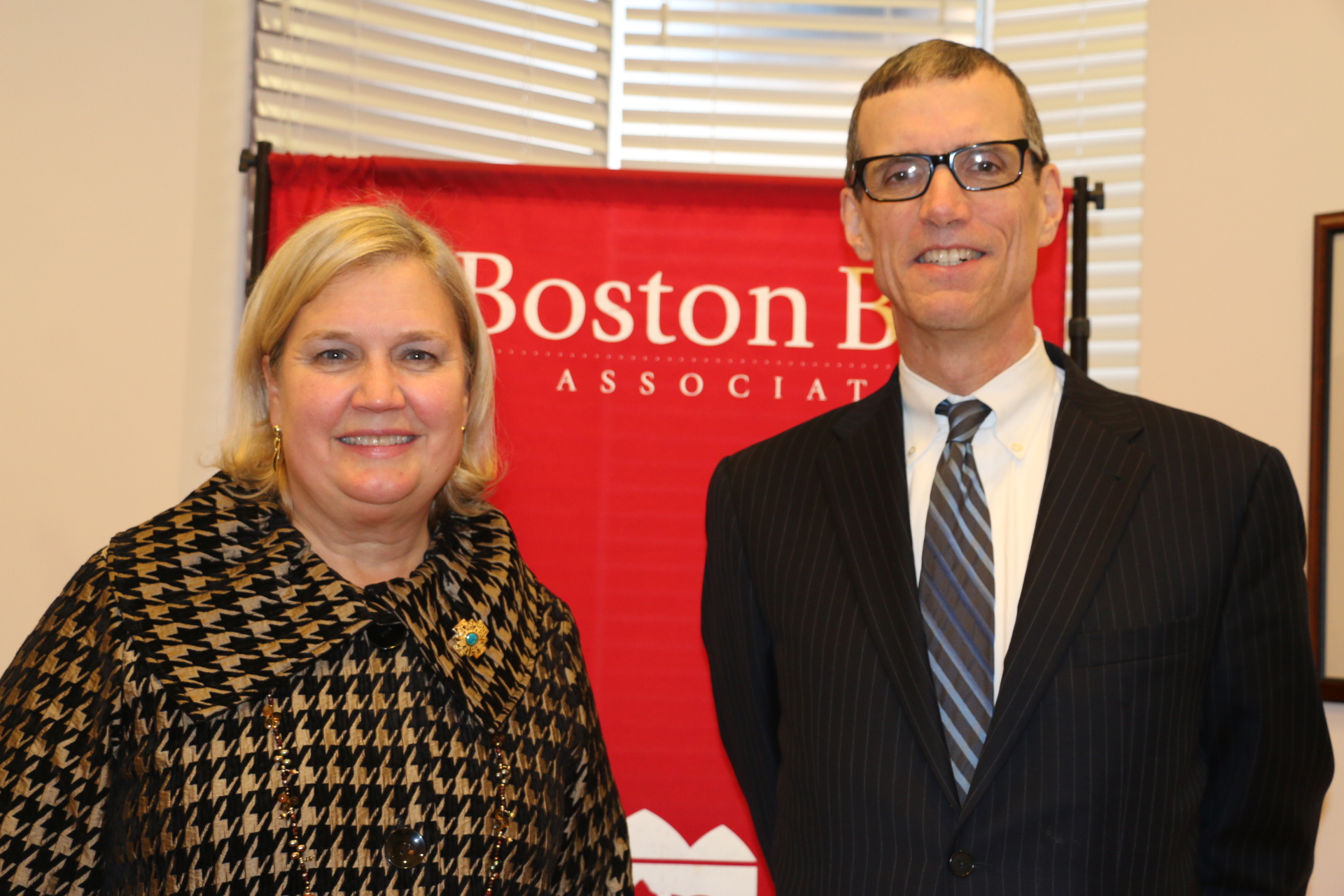 It wasn’t long, however, before he became sick of talking about people with addictions, and wanted to talk with them, so he began practicing in drug court.  He explained his philosophy that criminal lawyers play a “sacred role” in court so that every defendant knows they “got a fair shake.”  He described how this experience changed his thinking about criminal justice and supervision, as he witnessed that jail time, followed by over-supervision after release, could “crush people” and keep them from reaching their potential as productive members of society.

The Senator then moved on to discussing his views on the need for criminal justice reform, which have been formed by both his personal experiences and his study of the larger issue.  For example, he shared this stunning statistic: 40 years ago the prison population in Massachusetts state prisons was under 2,000 and had been holding fairly steady for decades.  But between 1975 and the early 1990s, that population increased five-fold to around 10,000 individuals, where the level has more or less remained for the last twenty years.  Senator Brownsberger said when he looked into these statistics alongside legislative reforms made during that time period, he could not entirely link the massive prison population increase to major legislative changes.  He concluded that the increase was actually the result of a general societal “tough on crime” push that affected not only legislators but also police, district attorneys, judges, and the public as a whole.  The question now is, can we dial that back? And if so, how? 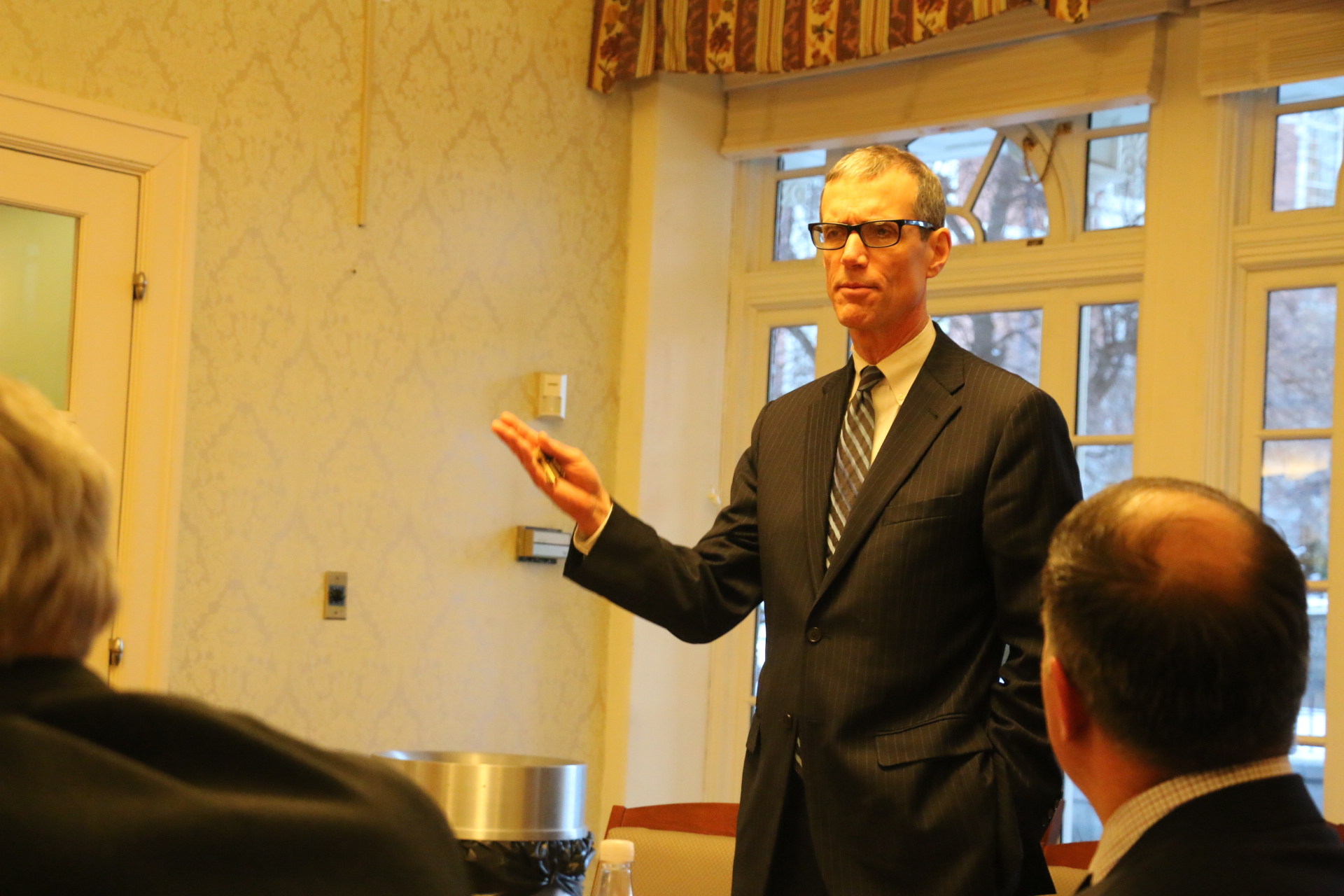 Furthermore, if it’s the case that the current incarceration problem stems from a larger systemic shift, it is likely that the Legislature cannot solve it alone.  While the Senator expressed some frustration that major reforms have been delayed in the recent past to await the results of outside studies, he was excited about the recent study on Justice Reinvestment being undertaken in Massachusetts by Pew and the Council of State Governments — and by the potential their work holds for bringing the state’s leaders together on criminal justice reform.  He hopes that the state will pass some limited reform bills this session (what he termed hitting “singles and doubles”, such as easing the burden of post-release driver-license suspensions for drug offenders) and then make a push for major, comprehensive reforms in 2017.

While mandatory minimum sentences – which the BBA has long opposed — are certainly a part of the problem, the Senator explained that he felt their impact was sometimes overstated, as they are responsible for less than 20% of the inmate population at both prisons and houses of correction.  He hopes to:

These and other steps are aimed at revamping the justice system to make it more supportive of successful re-entry.

We thank the Senator for his insights into the criminal justice system and look forward to working with him on future reforms.  In the meantime, we hope that you will join us at Walk to the Hill for Civil Legal Aid on January 28 to hear speeches by BBA President Lisa Arrowood, MBA President Bob Harnais, and state government leaders and then meet with your State Senator and Representative.  Tell them how much civil legal aid funding means to you, voice your support for appropriating a much-needed $27 million to the Massachusetts Legal Assistance Corporation (MLAC – line item 0321-1600), and start a dialogue that you can continue throughout the budget process — and into the future on issues of interest to you, such as the criminal justice reforms Senator Brownsberger and others are working on.