Representative Tsongas at the BBA 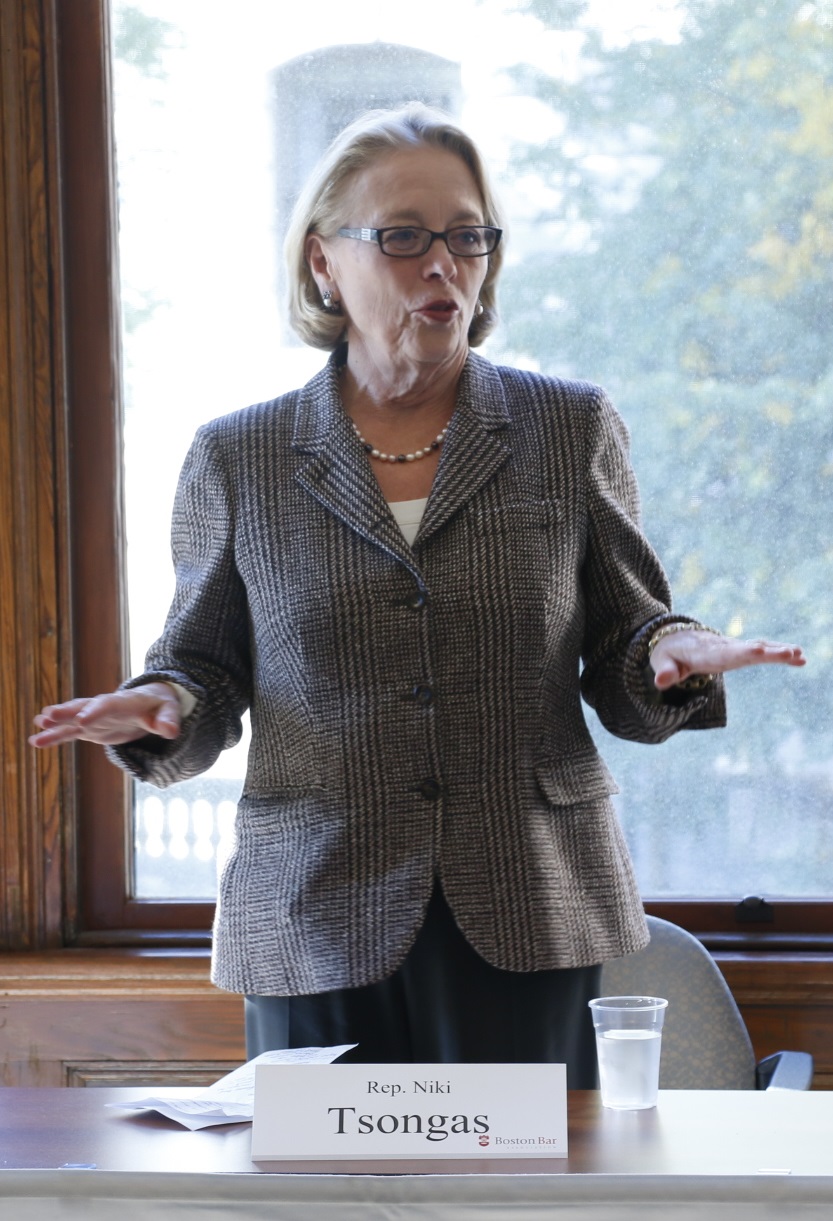 On Tuesday, U.S. Representative Niki Tsongas visited the BBA to speak about her efforts to eliminate sexual assaults within the military.  Representative Tsongas is the Ranking Member of the House Armed Services Subcommittee on Oversight and Investigations.  She is one of the leading voices in the country on this pervasive problem, the scope of which has only recently come to light.

While it is estimated that 26,000 service members experienced unwanted sexual contact in 2012, only about 13.5% of military sexual assaults get reported – a figure that is even lower than reporting rates among the general population.  The problem is not limited by gender or sexuality.  Furthermore, victims are often traumatized multiple times – first with the initial assault, again when they file a formal report with sensitive and personal information, and often a third time when they face isolation, retaliation, and the frustration of being ignored.

Military sexual assault concerns have become so intrusive that Representative Tsongas often speaks of meeting a military nurse who had been deployed several times to Afghanistan and Iraq yet considered herself more at risk of being assaulted by fellow service-members than harmed by enemy combatants.  This nurse was so concerned that she kept a knife tucked in her waistband to protect against potential attackers from her own armed services.

In response, Representative Tsongas has drafted a number of bills, some of which have been enacted, to help the military respond from within, give support to survivors, and help victims seek justice.  She also serves as co-chair of the Military Sexual Assault Prevention Caucus, which she established with Congressman Mike Turner.  The Caucus holds regular hearings, travels to military bases, and receives briefings from members of the armed forces and activist organizations to better assess the problem and devise solutions.

With the help of leaders on the issue like Representative Tsongas, the shocking prevalence of sexual assaults within the military has garnered much attention from Congress.  And the public focus that resulted may be responsible for a sharp spike in reports from service members this past year, as victims become more comfortable speaking out against their abusers – indicating a possible turning point for a military culture that for too long has encouraged silence.

In her talk to the BBA, Representative Tsongas listed the keys to addressing the issue of military assault: patience, persistence, and bipartisanship.  She continues to be a leader in all three.