BBA President Lisa Arrowood recently completed her tour of the state’s Specialty Courts with a visit to Mental Health Court.  Since the start of the new year, President Arrowood visited sessions of the Drug Court and Veterans’ Treatment Court , and more recently Homeless Court.  It was nice to see a familiar face, Judge Kathleen Coffey, who runs both the Homeless Court at Pine Street Inn and the Mental Health Court Session at the West Roxbury division of the Boston Municipal Court (BMC).

Mental Health Court began in Massachusetts nearly a decade ago – 2007 in the BMC and 2009 in District Court.  They represent a handful of the 250-or-so mental health courts nationally, which arose out of a recognition that an estimated 70 percent of men and women in the criminal justice system suffer from mental illness.

The Court is designed for individuals who are competent to stand trial, have disposed of their criminal cases by admission to sufficient facts or a guilty plea, and have been placed on pre-trial or post-disposition probation.  The sessions include a court-imposed condition of probation for defendants who have serious mental illness or co-occurring mental health and alcohol or substance abuse issues.  Working with a mental health clinician from the Boston Medical Center, the probation officer assigned to the Mental Health session identifies the particular mental health and social needs of each participant, and creates a service plan which includes referrals to mental health treatment, substance abuse treatment when appropriate, as well as housing, educational and employment opportunities.

Mental Health Court participants are usually involved with the program from somewhere between three months and one year.  During that time, the Court monitors progress and compliance with the service plan through regular in-court reviews with the judge, mental health clinician, and probation officer.  In the last nine years, almost 70 people have graduated from these programs, and an additional 32 participants are currently being served.  National studies place recidivism rates for mental health courts in the high teens (17-20%), less than half of the rate for traditional courts.

These are the facts.  In reality, however, the program is far more than the description above.  First of all, Mental Health Court is a misnomer.  It is instead referred to in the courthouse and by all involved staff as the Recovery with Justice (RwJ) Program so as to avoid the negative stigmas that are still sometimes associated with mental health issues.  As Judge Coffey noted to President Arrowood, even drug addiction is less stigmatized than mental illness.  By calling the program RwJ, she hopes to encourage more individuals to participate and stick with the program.  The name is undeniably important: Consider the difference between telling an employer that you need to be late to work for your Recovery with Justice program session rather than Mental Health Court. 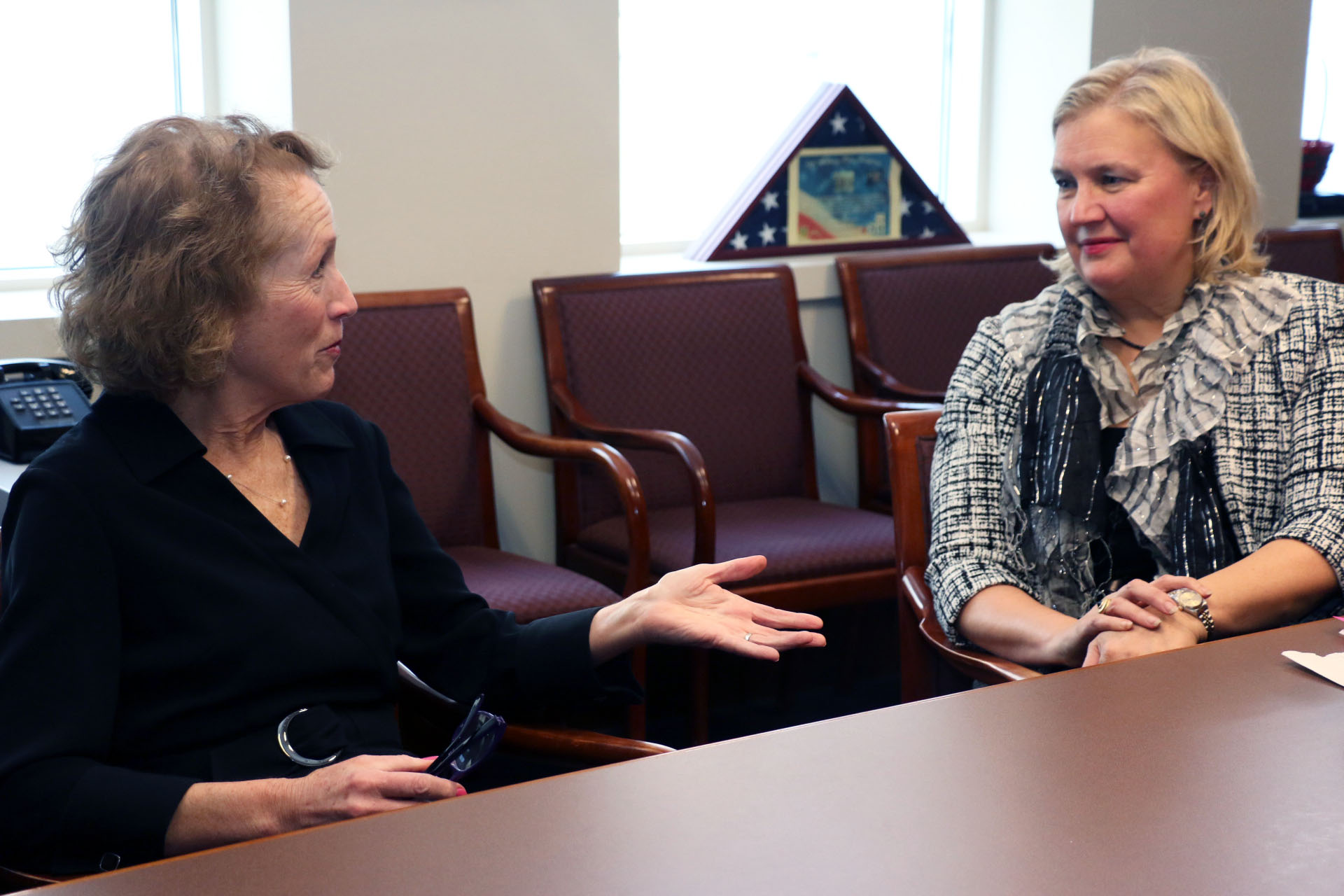 Second, the session is largely focused on support and guidance.  Judge Kathleen Coffey takes the lead, and all the individuals involved have embraced their roles to find ways to solve problems for the people in the program.  Judge Coffey and clinicians follow-up on everything from counseling and drug treatment sessions to job training and sober programs.  When one RwJ participant told of a recent relapse, Judge Coffey recognized the slip-up but told the individual she was proud of the progress made since then, explaining that the Court was interested in providing options for success without overburdening the participants.  The words hit home, as the individual turned back after his time with the judge and explained to the courtroom, “See all the people who care about me?  It’s great.” 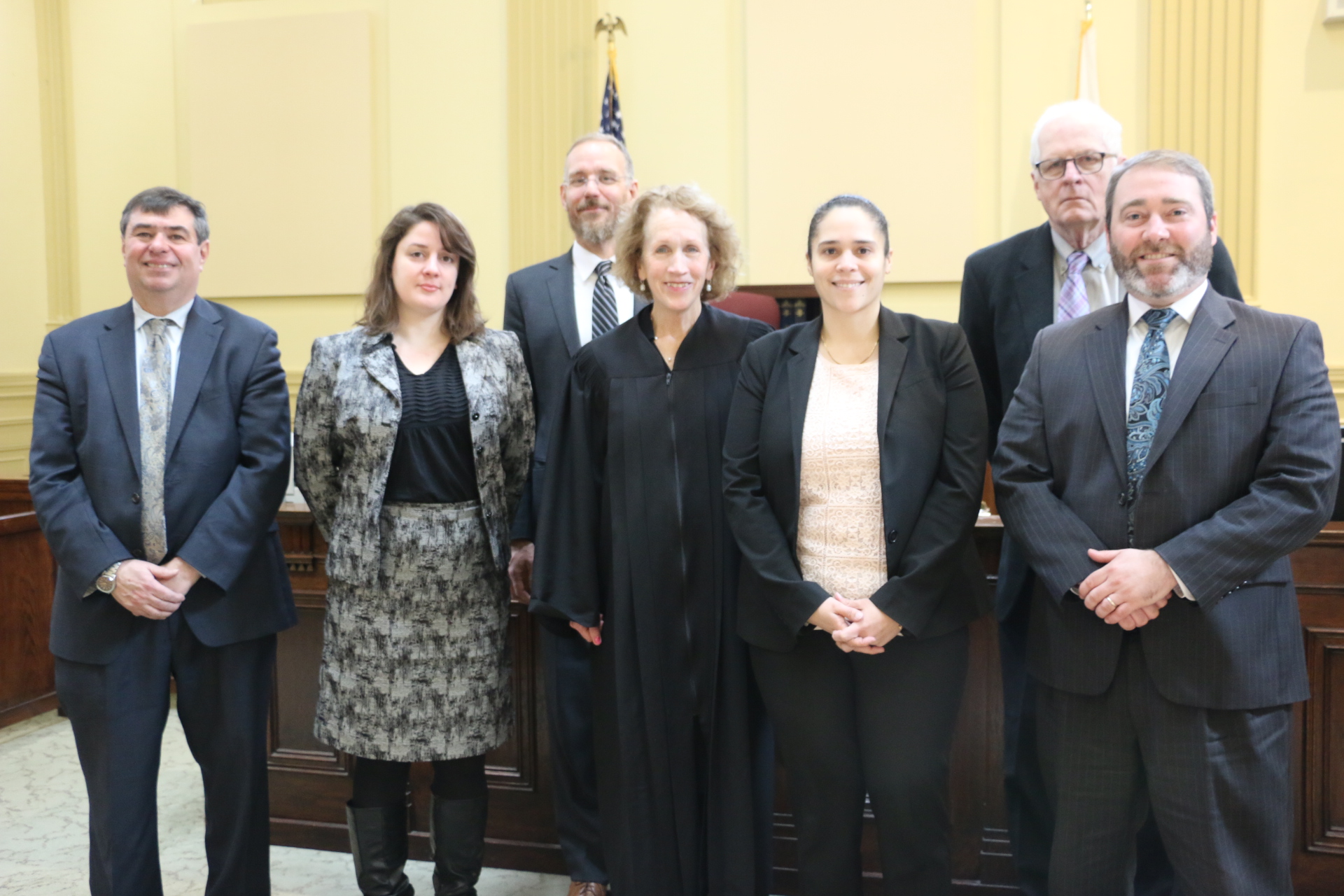 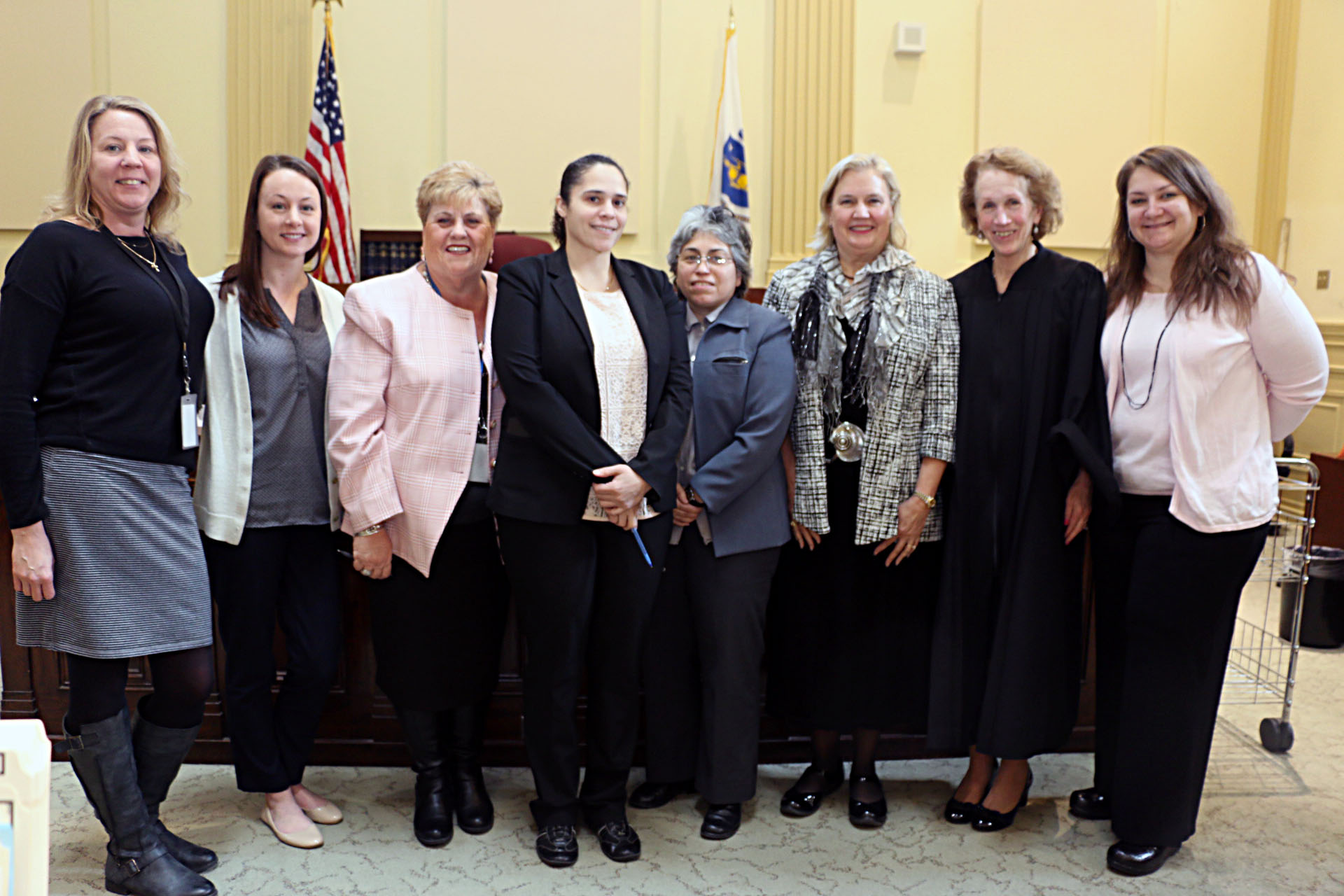 As Judge Coffey explains, the key is PACE, and no, she doesn’t mean the speed of court proceedings.  In fact, speed is definitely not at issue as the judge and court personnel made sure to spend as much time as needed with every RwJ participant and explained each step they were taking along the way.  PACE stands for “Positive Attitude Changes Everything,” and is a mantra Judge Coffey has adopted for the RwJ  program.  While RwJ provides resources, it still requires the participants to put forth the effort, desire, and work towards the goals they want to achieve.  That all starts with attitude.

For example, one participant who was nearly finished with the program spoke to the judge about how he was now willing to take his medication because he recognized its benefits, wanted to grow-up and improve his life, and the court and clinicians worked with him to shift his dosage amount and schedule to help him avoid the sluggishness side effects during the day.  His reluctance and doubts were replaced with a willingness to try the clinicians’ recommendations and a drive to succeed at least in part because his concerns about the negative medication side effects were heard and addressed.

We are pleased to see that specialty courts are accessible nearly statewide, and that the Trial Court is committed to their expansion and continued improvement.  To help make that a reality, we are advocating in the legislature for more funding for the Trial Court.  The Trial Court requested a maintenance budget (representing what it would cost to merely continue the same level of services from last year) of $654 million.  The Governor’s budget allocated $637 million, which would result in the layoffs of roughly 300 Trial Court employees and have a major negative impact on its ability to deliver justice and ensure the safety of those in court.  Despite being the third co-equal branch of government, funding for the Trial Court has grown only 7.9% from FY08 to FY16, while the overall state budget has increased 43.3% in that same time period.  We urge lawmakers to decrease this gap.

The Court is also highlighting three budget “modules” that the Legislature could opt to fund, including $2.8 million for specialty courts, $4 million for security systems enhancements, and $1.2 million for statewide expansion of the Housing Court.  The specialty court module would fund seven additional court sessions including Court Clinicians from the Department of Mental Health, residential treatment from the Department of Public Health, Probation Officers, and certification and training for all involved.  The state stands to gain so much by investing such a small sum.

We look forward to keeping you updated on the budget process and funding for the judiciary.  We hope that you will get involved and keep an eye out for our legislative alerts in case we need you to raise your voices in support of this cause.  Unlike other causes, the trial court does not have natural advocates, so it is up to lawyers to raise awareness of the need to adequately fund this branch of government.