On Monday, we were excited to watch oral argument in Commonwealth v. Wade, a case for which we submitted an amicus brief.  The case is of major import to the BBA as it deals with two issues central to our mission – promoting access to justice and protecting attorney-client privilege.  At issue in the case is whether a criminal defendant qualifies for DNA testing under the 2012 Massachusetts post-conviction DNA testing law for evidence from a crime he was convicted of in 1997.  The oral argument touched both on our brief and on our unique role in spearheading the effort to enact the law. 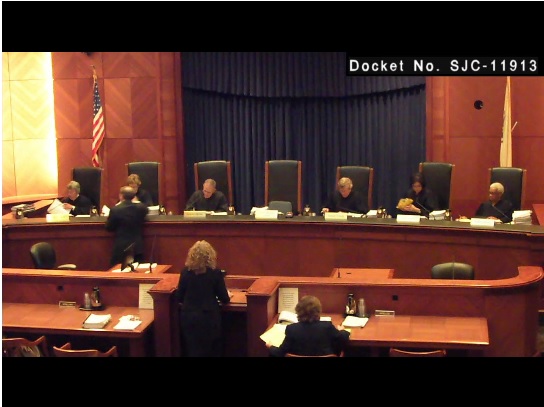 The BBA is known for its defense of attorney-client privilege, which is part of our mission of “advanc[ing] the highest standards of excellence for the legal profession,” and a bedrock principle of the entire legal system.  The BBA has aggressively protected this tenet, particularly through amicus briefs over the 15 years.  For more, check out our briefs in:

In Wade, the privilege issue arises over interpretation of the post-conviction DNA testing law.  In the case, the Superior Court judge interpreted language from this law, codified as Chapter 278A, to demand the “primary cause” that DNA testing was not pursued at trial.  As a result, the judge required the defendant’s attorney to testify against his will and to violate the attorney-client privilege in order to assess the “primary cause” why DNA testing was not initially pursued at trial.  Our brief makes clear that the law does not actually require this finding, that the judge erred in violating this privilege, and, in doing so, frustrated the purpose of the law and could potentially chill future claims, denying wrongfully-convicted individuals a pathway to establish their innocence.

At oral argument, the SJC justices asked both parties about where to draw the line on protecting attorney-client privilege.  Counsel for the defendant argued, much like our brief, that an attorney should never have to violate the privilege to testify, because the law’s standard is objective, asking only what a reasonably effective attorney would do, and not whether the attorney in a particular case was or was not reasonably effective.  In her words, “the piercing of the attorney-client privilege was extreme judicial overreaching. It was excessive.”  While she conceded that it would be appropriate for the court to ask the lawyer about his or her decision making, the “attorney-client privilege should be sacrosanct.”

Counsel for the Commonwealth took the opposite view, arguing in line with the Superior Court judge that the correct reading of the statute requires defense counsel to name the “primary cause” why testing was not pursued and that a judge would be justified in requiring them to speak on the issue regardless of privilege, saying the Commonwealth “can always” call counsel to find out their reasoning in not getting then-available testing, even if the defendant is not claiming that the a reasonably effective trial attorney would have sought testing (see clause (iv) below).

The BBA played a major role in the drafting and enactment of the law at issue in the case – Chapter 278A, the state’s 2012 post-conviction DNA testing law, but this is only the tip of the iceberg.  A brief history:

At issue in the case was interpretation of Chapter 278A, Section 3(b)(5), which permits new forensic testing if a defendant can show, inter alia, that the evidence has not already been subjected to the requested analysis.  It sets out five reasons why it would be justifiable for the requested analysis not to have been pursued, such that it should be pursued now.

(i) the requested analysis had not yet been developed at the time of the conviction;

(ii) the results of the requested analysis were not admissible in the courts of the Commonwealth at the time of the conviction;

(iii) the moving party and the moving party’s attorney were not aware of and did not have reason to be aware of the existence of the evidence or biological material at the time of the underlying case and conviction;

(iv) the moving party’s attorney in the underlying case was aware at the time of the conviction of the existence of the evidence or biological material, the results of the requested analysis were admissible as evidence in courts of the Commonwealth, a reasonably effective attorney would have sought the analysis and either the moving party’s attorney failed to seek the analysis or the judge denied the request; or

(v) the evidence or biological material was otherwise unavailable at the time of the conviction.

These prongs are nearly identical to the recommendation contained in Getting It Right.

We look forward to a final decision from the SJC in the coming weeks and will, as always, keep you up to date on the latest developments.