A couple of weeks ago, we were pleased to report on our Juvenile Restorative Justice Symposium, a half-day program focused on restorative justice approaches for young offenders.  Restorative justice represents a paradigm shift in understanding and approaching justice.  It shifts the focus onto the needs of the injured party rather than a sort of generalized societal need to carry out a punishment. Central to the restorative justice system is the so-called “circle” approach (this video includes more information on the circle process), whereby the impacted individuals sit in a circle to have a dialogue mediated by a trained facilitator.

Today, we are excited to report on our latest program, a July 19 forum on diversion and evidence-based approaches to juvenile justice, hosted by the BBA’s Civil Rights and Civil Liberties Section along with Citizens for Juvenile Justice.  Diverting juveniles is the practice of referring them to various programs that hold them accountable without having the go through the traditional justice system.  The restorative justice approach explained in our prior post is one example of a diversion approach.  The goal is to hold youths accountable without creating a criminal record.

This is especially important in Massachusetts, which does not permit record expungement.  The day before our program, the Boston Globe posted an informative article on this very issue, explaining the challenges individuals with juvenile records can face for many years after their cases are resolved in the justice system.  On July 12, the Senate supported a bill (S2424) by a vote of 31-9 that would, among other reforms, permit expungement of misdemeanor offenses from juvenile records.

Regardless of whether the bill is enacted, the take-away from our forum was clear – diversion, when executed correctly, can be more effective at achieving justice, promoting rehabilitation, and reducing recidivism than traditional justice systems.  The fact that it avoids creation of a record that can hinder a young people for the rest of their lives is only an added benefit. 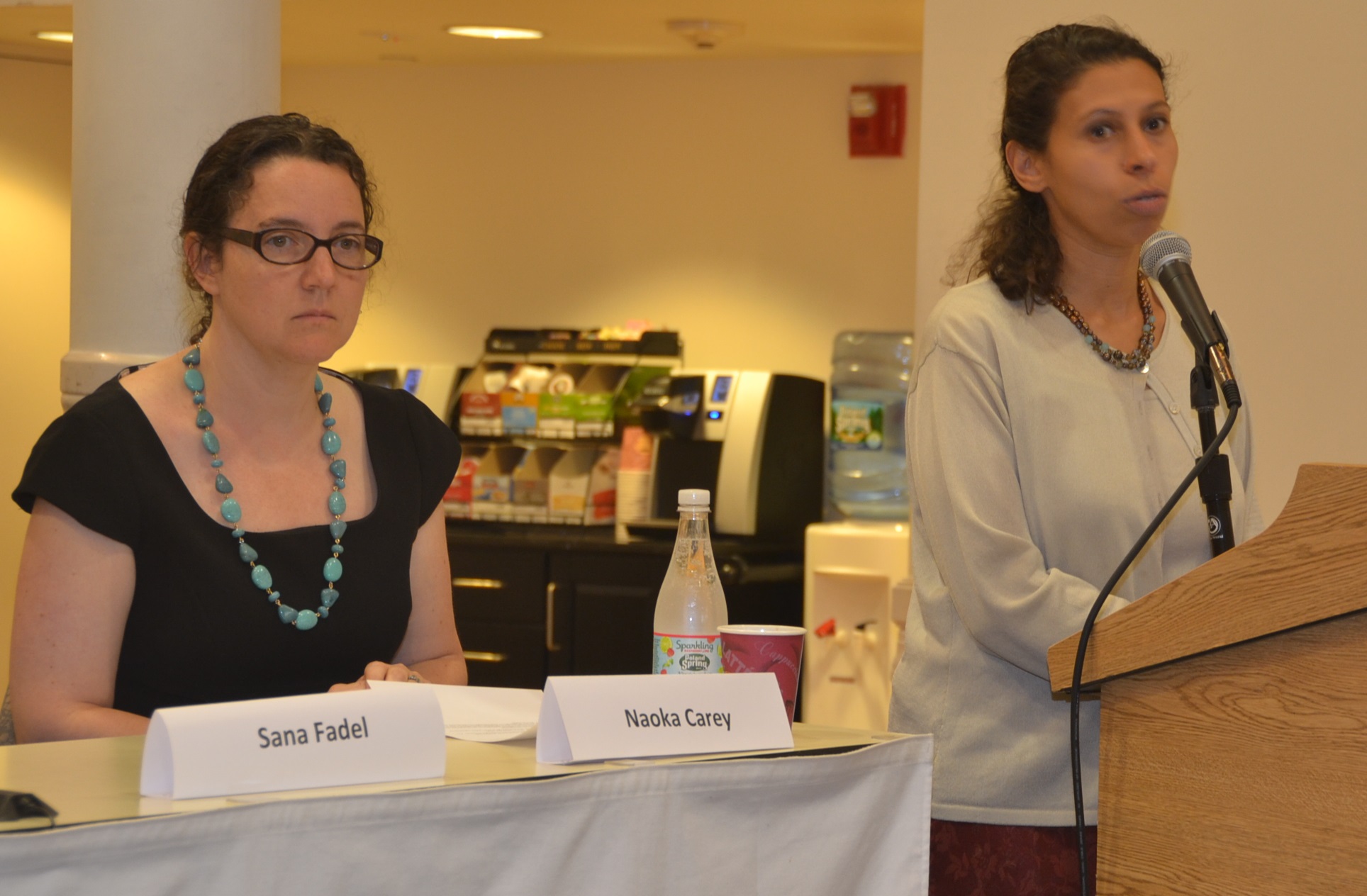 Massachusetts is making progress on diversion, but the presenters made clear that there is still a long way to go.  At this point, Sana Fadel, Deputy Director of Citizens for Juvenile Justice, who’s Executive Director Naoka Carey provided closing remarks, explained that diversion programs are established ad hoc and vary by county.  As a result, we have instances of “justice by geography,” in the words of First Justice of the Middlesex Juvenile Court, Jay Blitzman, whereby geography plays a disproportionate role in determining juvenile justice outcomes (check out his July 20 editorial on juvenile record expungement from Commonwealth Magazine).  This also hinders the collection of clear data on effectiveness and outcomes.  Yet while uniformity is still a goal, Fadel reported that things seem to be moving in the right direction, in large part thanks to support from the District Attorneys who have implemented diversion programs in 10 of 11 jurisdictions. 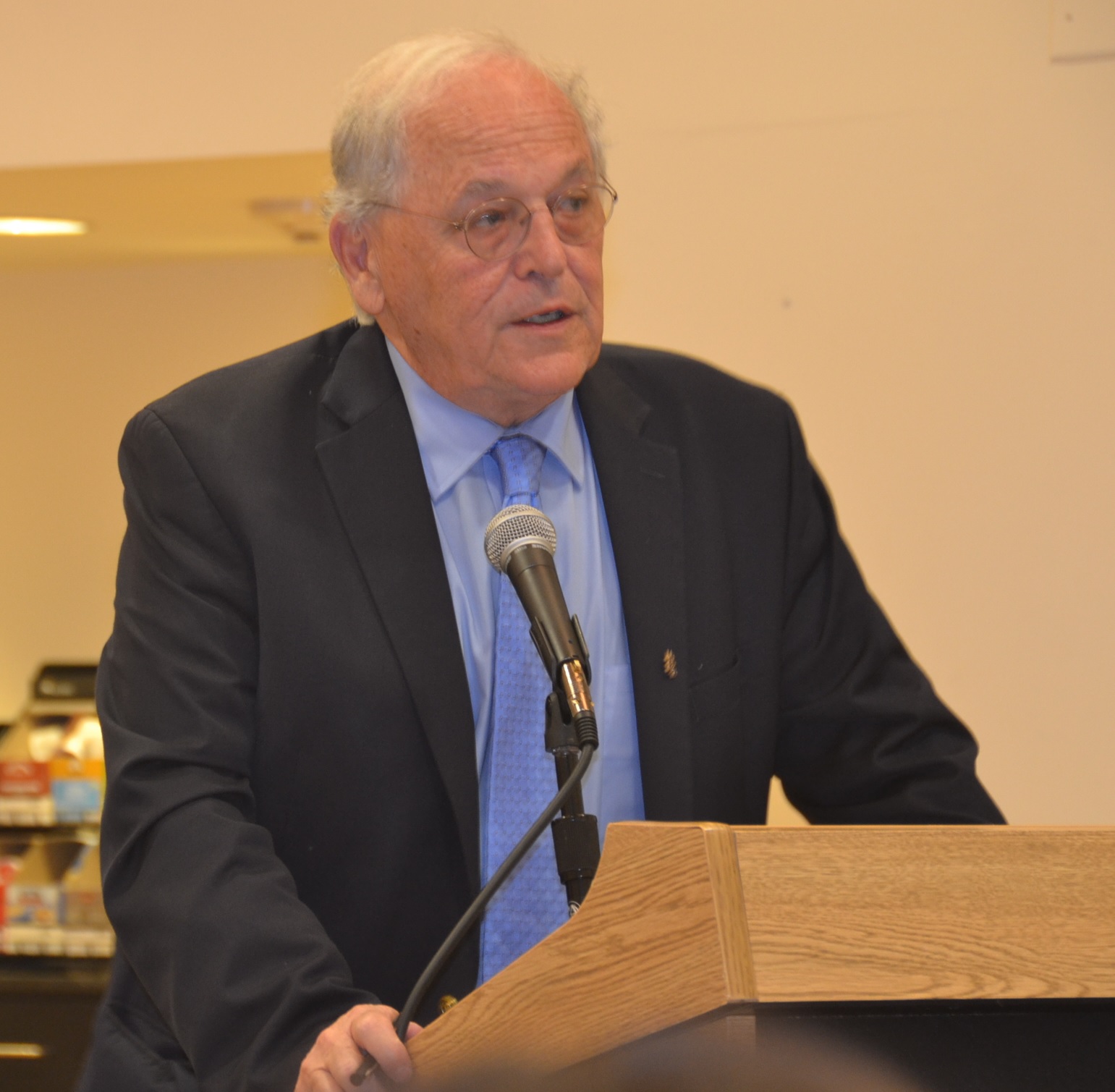 One of the key points made by multiple panelists was the need for individualized and graduated responses in diversion.  While diversion done well has repeatedly resulted in positive outcomes, diversion done poorly can have the opposite effect.  The key is to require the appropriate level of engagement for the youthful offender.  Too little and the point doesn’t get across, too much and the diversion program can stifle a youth’s positive connections outside the justice system and build resistance and resentment.  However, with the proper amount of diversion programming, youths exhibit a remarkable tendency to learn from their mistakes, make victims whole again, and avoid future criminal behavior. 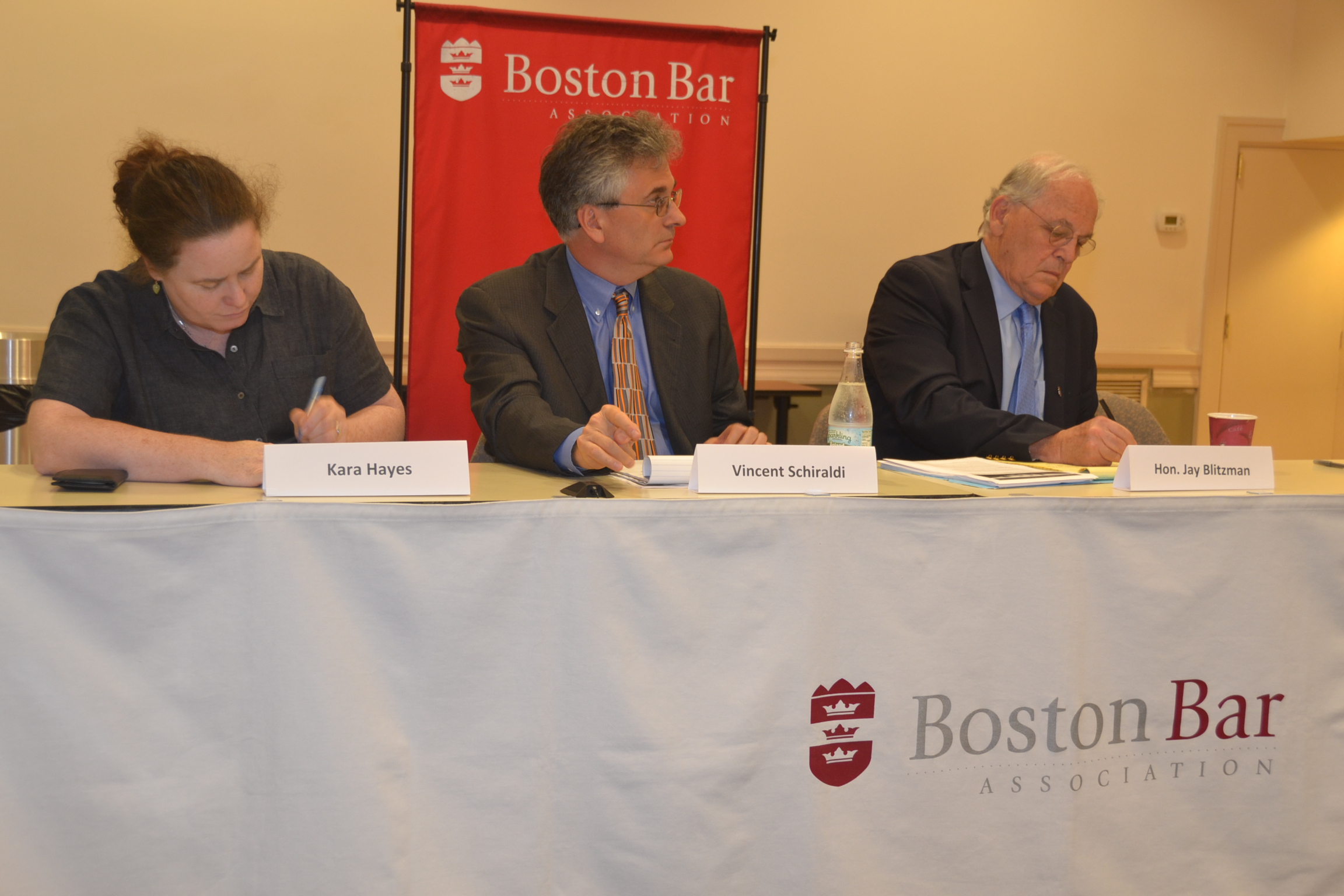 Vincent Schiraldi, Senior Research Fellow at the Harvard Kennedy School’s Program in Criminal Justice, spoke about how he worked to increase diversion as New York City’s commissioner of probation.  Through collaboration with the probation department, schools, courts, police, and even big box stores, the leaders of which he convinced to not prosecute all juvenile shoplifters, he was able to divert 41% of juvenile cases, an increase of more than 15%.  A large part of his success appeared to be driven by his tireless efforts toward bringing the community together to embrace diversion as a reasonable justice system alternative and also by tracking and regularly reporting data demonstrating the effectiveness of his work.

Massachusetts is still far from these levels of diversion, but panelists made clear that it is increasingly being accepted as a reasonable alternative to traditional justice.  Kara Hayes, Chief of Community Engagement at the Suffolk County District Attorney’s Office, reported that 25% of juveniles in Suffolk County are currently diverted before being arraigned.  This seems to place us in a similar position as New York City prior to Vincent’s arrival, and the stars appear to be aligning for further increases.  As Kara explained, diversion programs are also beneficial to victims, who often gain more satisfaction and closure than through the justice system, which can be impersonal and leave them feeling cast aside.  As a result, the Suffolk County District Attorney’s office is starting a pilot diversion program in the county that it hopes to have up and running by the start of the school year.  The pilot will include a dedicated program coordinator whose goal is to continue the thoughtful and strategic expansion of diversion to best fulfill the needs of the community.

We are devoted to continuing to provide thought provoking and timely programs and discussions on these sorts of developing areas of justice.  We hope program attendees left feeling informed and empowered to make an impact and we look forward to keeping you apprised of the latest developments in juvenile justice practice.