With three new nominations over the past few weeks, Governor Baker has completed a historic remaking of the Supreme Judicial Court (SJC) and ensured that its tradition of excellence will continue well into the future.

In selecting sitting SJC Justice Kimberly Budd to replace the late Chief Justice Ralph Gants, and Appeals Court Justice Dalila Argaez Wendlandt and Boston Municipal Court Judge Serge Georges, Jr., to join the high court, the Governor also signaled his understanding that diversity at the highest levels of the judiciary need never be in conflict with—but rather is a prerequisite to—the fulfillment of the highest ideals of justice.

BBA President Marty Murphy released statements praising each of these choices, who will be, respectively, the SJC’s first Black woman as chief, first Latina justice, and second Black man (see the links above and excerpts below).

Justice Budd has since been confirmed as chief by the Governor’s Council, which, under the state constitution casts the final vote on approval of judicial nominations. Although the Judicial Nominating Commission—established by governors in recent decades through a series of executive orders—makes initial recommendations for all other judgeships*, Governor Baker set up a special commission (full list of members below) to advise him on the selection of the two new nominees to the SJC.

Justice Wendlandt had a hearing before the Governor’s Council this week, with a vote expected soon, and Judge Georges’ hearing will be held on December 2. The two current vacancies were created by the death of Chief Justice Gants and the pending retirement of Justice Barbara Lenk on December 1. Having previously appointed five of the seven justices, Governor Baker is believed to be the first since John Hancock to name the entire SJC bench.

Justice Budd’s career, including her 11 years on the bench, demonstrates her extraordinary legal acumen, her deep commitment to justice for all, and the careful attention she gives to every case that comes before her — all of which will serve her well in leading a court whose decisions affect the lives of all of us in so many ways. We look forward to the Governor’s Council’s review of her nomination and her confirmation by that body.

As demonstrated by her experience as a highly-respected litigator who argued before the US Supreme Court, and more recently on the bench, Justice Wendlandt has a brilliant, creative, and methodical legal mind. Her background — which includes a master’s degree in mechanical engineering, pro bono work on asylum applications and a death-row appeal, and a commitment to improving work-life balance for attorneys at her prior firm — will bring a unique perspective to the Court and assist in their work on some of the most challenging issues in the Commonwealth.

Judge Georges—who currently sits in the Dorchester session of the Boston Municipal Court, not far from the Kane Square neighborhood where he grew up—is a jurist of great compassion, empathy, and wisdom. A former criminal-defense attorney and civil litigator, and former President of the Massachusetts Black Lawyers Association, he has served on the bench since 2013. Judge Georges is a true son of Boston, having graduated from B.C. High, Boston College, and Suffolk Law School. 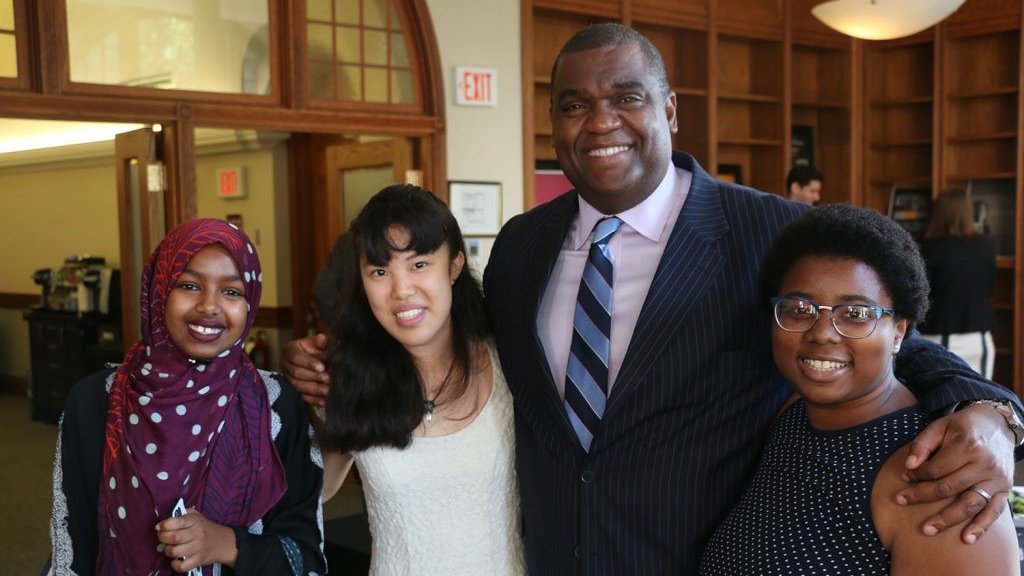 The members of the SJC Nominating Commission: