Giving Thanks for Civil Legal Aid – MLAC at BBA Council

As we gear up for the coming state-budget season, and prepare once again to advocate for civil legal aid, the BBA was pleased to welcome Lonnie Powers, Executive Director of the Massachusetts Legal Assistance Corporation (MLAC), Deb Silva, Director of the Equal Justice Coalition (EJC), and Lauren Song, Housing Attorney with Greater Boston Legal Services to its November Council meeting.  Powers began his presentation with a brief history – established in 1983, MLAC’s mission has always been to ensure that low-income people with critical non-criminal legal problems have access to legal information, advice, and representation.  It is the largest funding source for civil legal aid program in Massachusetts, distributing money to fifteen legal aid organizations throughout the state, largely based on the regional population of income-eligible people. 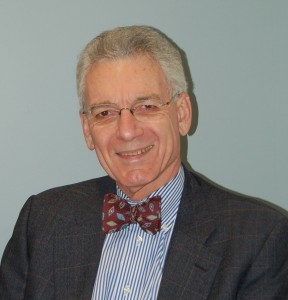 The BBA has long taken pride in supporting MLAC’s work, both through our partnership in the EJC and also through our funding advocacy.  This effort resulted in the release of the BBA’s Investing In Justice report in late 2013 following nearly 18 months of study by the BBA Statewide Task Force to Expand Civil Legal Aid in Massachusetts.  The report revealed that 64% of income-eligible individuals who seek legal aid are turned away due to lack of resources.  This circumstance has a significant impact, not only on these individuals, but also on the justice system as a whole.  A survey of judges conducted by the Task Force revealed that roughly 6 out of 10 judges felt that a lack of representation negatively impacts the courts’ ability to ensure equal justice.  Many also reported that the increasing number of pro se litigants has bogged down court procedures.  Finally, the report demonstrated that increased investment in civil legal aid can result in cost savings to the Commonwealth of anywhere from $2 to $5 for every $1 invested.  So not only is increasing funding for legal aid the right thing to do, it is also the fiscally responsible thing to do.

With this report as the basis for our advocacy, we were pleased when the Legislature demonstrated their support for legal aid, and their understanding of the Task Force report’s findings, by appropriating $2 million in additional funds, bring the total MLAC line item to $17 million – a substantial increase in a year when the overall budget growth was otherwise quite constrained.  Powers revealed that the MLAC board approved a request this year of an additional $10 million, to bring total MLAC funding to $27 million.  He explained that the $2 million increase enabled MLAC to handle almost 1,100 more cases to the benefit of some 4,300 people.  With potentially almost one million people qualifying for legal aid, there is still a very long way to go to serve the need and bring down that nearly-2/3 turn-away rate, but we are headed in the right direction.  Furthermore, this requested $10 million investment will likely return at least $20 million in savings by avoiding back-end costs such as police, shelter, and medical expenses to the state in domestic violence, homelessness, and other cases.

Lauren Song spoke next.  She is an attorney for the GBLS Housing department, which she describes as requiring near-24/7 work.  She told a story of her representation of the families and individuals affected by an East Boston building collapse.  She explained her calm reaction to a text late one Saturday afternoon – her experience with the current homeless crisis in Boston makes this sort of thing a routine occurrence.  In this case, 22 adults and 9 children from 11 households were evacuated when the building collapsed.  Instead of repairing the building to let these people continue living there, developers attempted to evict them and turn the buildings into luxury condos.  GBLS is fighting for their rights – to return to their homes and, in the meantime, to gain shelter housing.

Deb Silva then presented on the EJC campaign.  Walk to the Hill, the annual lobby day for civil legal aid will take place on January 28th at the State House.  Many law firms send teams, and hundreds of lawyers visit the State House to hear speeches from government leaders and speak to their elected officials about why civil legal aid is important.  Here is our write-up from last year’s program.

The EJC campaign is also responsible for broader advocacy, such as sign-on support letters from law firm managing partners, general counsels of major Massachusetts businesses, and law school deans.  It also solicits support from a coalition of individuals and organizations, including social services providers that refer clients to legal aid and recognize its importance.  This year, they are also working on putting together teams from local law schools to participate in the walk.  Finally, they are facilitating the involvement of local bar associations, particularly in the western part of the state for a “Talk to the Hill,” where lawyers who live and work too far from the city to participate in the walk, call their elected officials.

We look forward to all of these efforts coming together and hope that they will achieve the BBA and MLAC’s shared goal of an additional $10 million in funding for civil legal aid.  We hope you will join us at this year’s Walk to the Hill, and that you will be on the lookout for various budget alerts from January through July during the lengthy budget process.