The Equal Justice Coalition’s Legislative Recognition Reception annually honors some of the state’s top leaders in civil legal aid advocacy.  The event is a great opportunity to recognize the work of state officials who devote their time and efforts to expanding access to justice.  The awards are hosted by the Equal Justice Coalition, a joint project of the Boston Bar Association, Massachusetts Bar Association, and the Massachusetts Legal Assistance Corporation (MLAC).  Founded in 1999, the EJC campaigns for legal aid funding, including through the annual Walk to the Hill lobbying day.

Not only was the event an opportunity for the Equal Justice Coalition to honor some of its strongest supporters, but it also gave everyone a chance to explain why they support legal aid.  Rich Johnston, chief legal counsel to Attorney General Maura Healey, accepted the award on her behalf.  He spoke glowingly of how she lives and breathes the pursuit of justice every moment of every day, and lauded her unyielding commitment. 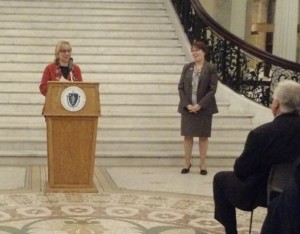 Chair of the Senate Committee on Ways and Means, Karen Spilka spoke of the inspiration she draws from the Jewish traditions of tzedakah, or charity, and tikkun olam, making the world a better place – as well as the Biblical directive, “Justice, justice, thou shalt pursue.”  That phrase, and those traditions, have guided her service in the Legislature and hold a personal meaning – reminding the Senator, a former social worker, that individuals are all responsible for each other.

Senate Majority Leader Harriette Chandler received her Beacon of Justice Award from constituent Faye Rachlin, Deputy Director of Community Legal Aid.  Senator Chandler spoke of both the philosophical and practical aspects of her support.  Her career has always focused on helping others, especially those in her community.  The Senator explained that in simplest terms, she is a big supporter of funding for civil legal aid because she refers many constituents to legal aid programs for assistance and recognizes both the utility and necessity of the services they provide.
Second Assistant Majority Leader Paul Donato and Minority Leader Bradford Hill, were also recognized for their long-time support of civil legal aid.  Representative Donato declared civil legal aid a “beacon of light” for those in need.  He drew a personal connection between his role as an advocate for his constituents and the representation civil legal aid attorneys provide for their clients.  He also spoke as a member of the Commission on the Status of Grandparents Raising Grandchildren, which has given him specific insight into the challenges many elders face trying to navigate through the judicial system, challenges that are eased, if not alleviated altogether, by legal representation provided by MLAC organizations.
Representative Hill thanked the attendees for their advocacy.  He noted that, without their work, legislators wouldn’t know about the services legal aid provides or its funding needs, and he stressed that legal aid funding is truly a nonpartisan issue.
The final Beacon of Justice Award was presented to Representative Claire Cronin, House Vice-Chair of the Joint Committee on the Judiciary.  She thanked the House’s Speaker Robert DeLeo and Chair of Ways and Means Brian Dempsey, saying they were all doing their best to support civil legal aid.  She applauded the work of legal aid attorneys, noting she knows they are not in it for the money, but “the wealth they receive is all the good they do for others.”  She encouraged them to keep working every day because it matters so much.
Finally, retiring Supreme Judicial Court Justice Robert Cordy, received his Champion of Justice Award.  In the audience to show their support were fellow SJC Justices Nan Duffly and Margot Botsford, along with Chief Justice Ralph Gants.  Justice Cordy’s former clerk and Equal Justice Coalition member Louis Tompros, WilmerHale, spoke about Justice Cordy’s long-time support of legal aid, most notably in his time as legal counsel for Governor Bill Weld, and about his devotion to advocating annually at Walk to the Hill.  Justice Cordy described how access to justice had become one of the principal and most challenging issues of our times.  He commended lawyers working for civil legal aid organizations and spoke of his own beginnings in indigent criminal defense, which gave him special insight into the necessity of representation for the poor as the key to accessing justice. 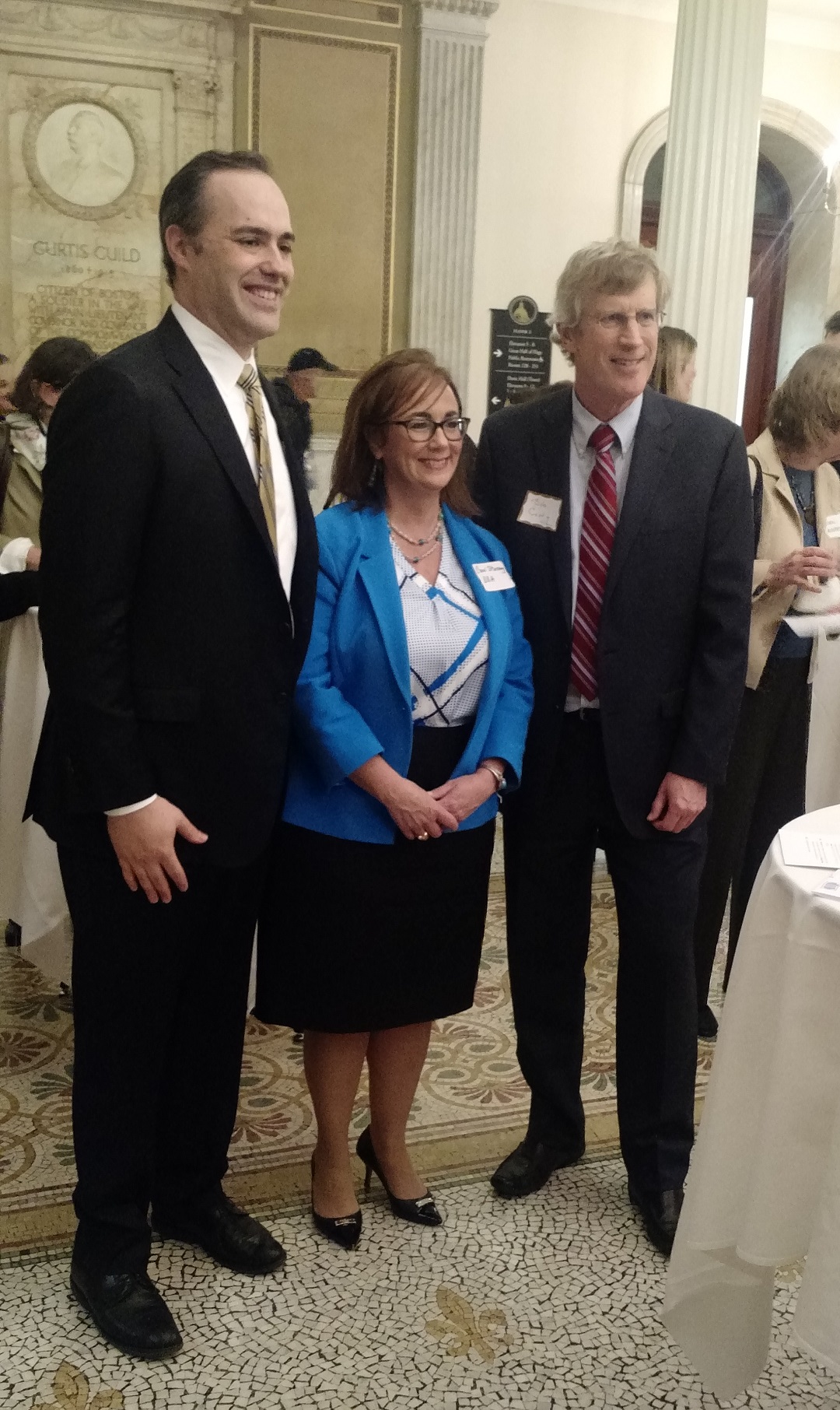 In all, it was a great event and we look forward to working with many of the honorees throughout the budget process as we move closer to achieving this year’s goal of an additional $10 million in funding for the Massachusetts Legal Assistance Corporation.