Discussing the Benefits of Judicial Diversity 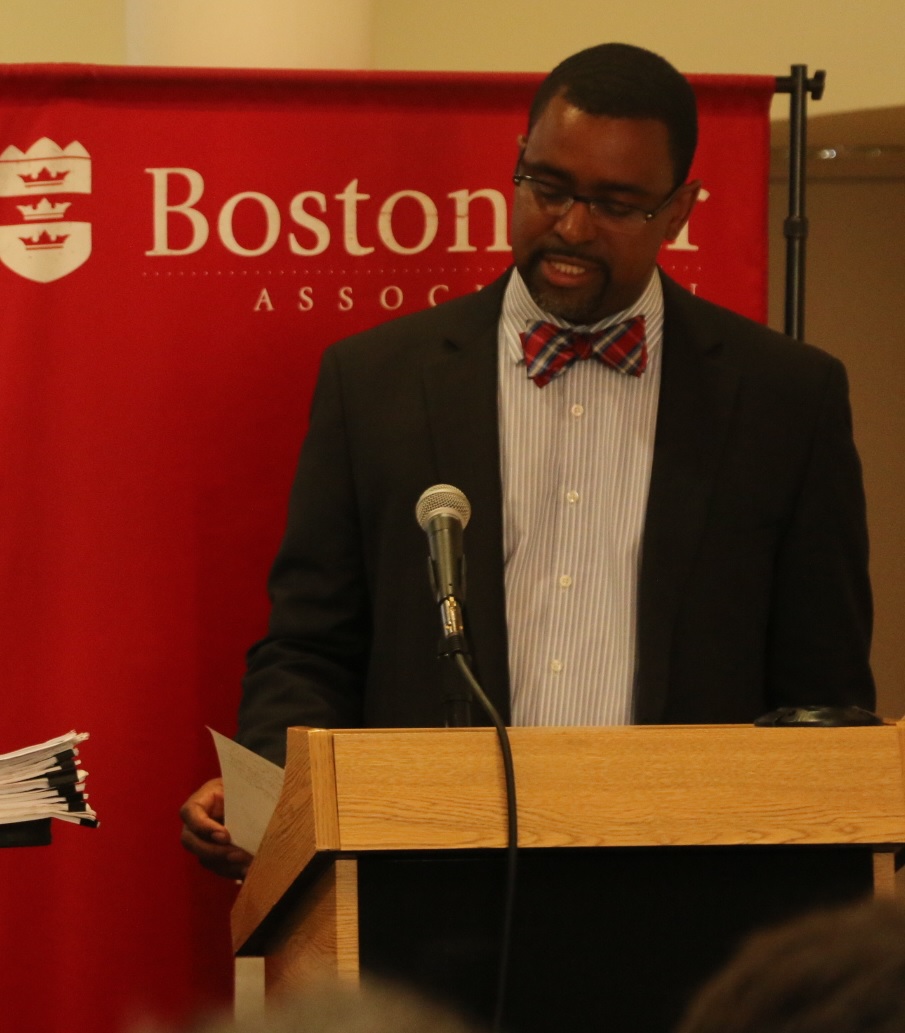 On June 27, we were pleased to host another important discussion at the BBA, this one on The Benefits of Judicial Diversity.  It featured a panel of esteemed individuals including:

The panel was moderated by Rahsaan D. Hall, of the ACLU and Co-Chair of the BBA’s Civil Rights and Civil Liberties Section.

While the idea of judicial diversity is widely lauded, it is important to consider the factual reasons and underlying statistical support for its importance.  Judicial diversity is absolutely necessary for two major reasons – 1) it serves as a descriptive or symbolic representation of society at large, increasing public confidence in the judiciary; and 2) it serves as substantive representation, whereby a judiciary with more diverse judges assures diversity in perspective, experience, and empathy, potentially leading to more fair outcomes.  Related to this latter point, implicit bias, the idea that judges (and everyone else, for that matter) experience subtle cognitive processes that result in biases in judgment or behavior, has been a hot topic recently.  While the courts are taking steps, including trainings and a bench card with strategies for judges to recognize and overcome these biases as much as they can be eliminated, the argument goes that on a more diverse bench, the competing implicit biases will cancel each other out in order to achieve systemic fairness.

Statistics clearly show the importance of diversity on the bench, especially in certain areas of law.  For example, employment discrimination cases with an African American judge are more than two times more likely to result in a finding of racial harassment than those with only white judges. 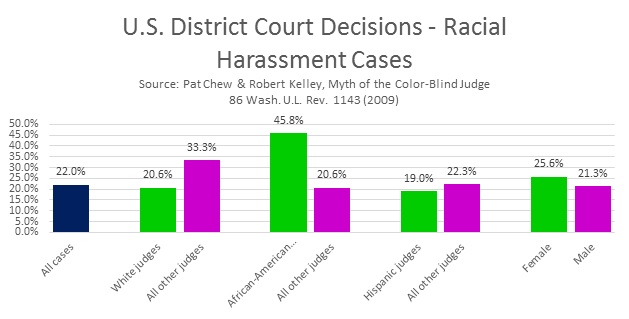 Similarly, in voting rights cases, having an African American judge on the panel increases the likelihood of finding a civil rights violation by 18%.

In criminal sentencing, the greater the percentage of female judges on a district’s bench, the smaller the gender disparity.  Perhaps this can be explained because female judges are more likely than their male counterparts to see women as able to commit crimes.  In cases on LGBTQ rights, women are more than 20% more likely to find a constitutional violation.

Chief Justice Ireland gave an example from his time as a Juvenile Court judge when diversity played a role in providing perspective.  He explained that he regularly made custody decisions and felt that his upbringing may have made him more tolerant.  When a social worker would suggest that a child should be removed from a home that was in relative disrepair or had cockroaches, he explained, an individual from a middle class background might see the situation as abhorrent and meriting removal.  However, Chief Justice Ireland felt that he could sympathize with the lower-income parents who were doing their best in a challenging situation and might be more open to their retention of custody if he felt it was in the child’s best interest.

Judges also face bias.  In a set of 2014 studies completed by Massachusetts General Hospital psychologists and Harvard University professors, 10 years of anonymous judicial evaluations by attorneys demonstrated that black judges are rated far more negatively than their white counterparts.  They concluded, “the general theme that emerged [from focus groups] was the idea that persons of color do not match the expectations of what a judge should look like, and therefore confront more doubt, mistrust, and interpersonal tensions than do non-minority judges.”

Chief Justice Ordoñez explained that though she has gone through four phases of judicial evaluations, the one she remembers most vividly came from early in her career and accused her of being a judge only because of her minority status.  She said it made her feel horrible and was scarring.  She has since worked hard to become part of the solution, working to reform the evaluation questions and process to best and holistically measure the attributes and improvement needs of judges.  Andrea Kramer stressed that the issue is not about diversity versus competency – there are of course many competent judges and candidates across all categories, and with more diverse judges, there will likely be fewer evaluations based solely on negative perceptions of a judge’s background.

While Massachusetts ranks 11th nationally on a 2016 judicial diversity study conducted by the American Constitution Society, it still has a long way to go.  Currently, 56% of state court judges are white men, 30% are white women, 7% are men of color, and 7% are women of color.  Compare this with the state’s general population, comprised of 36% white men, 38% white women, 12% men of color and 13% women of color.  Still, as is often the case, Massachusetts is outpacing most other states.  Nationally only 30% of state judges are women (37% in MA) and the percentage difference between judicial representation and general population representation for individuals of color is 18% (compared with 11% in Massachusetts).

So what can we do to improve the status quo?  Governor’s Chief Legal Counsel Lon Povich spoke at the event (as he and we have before) about his office’s need for top candidates to  pursue judgeships.  It’s a simple message – the only way to have great and diverse judges is for great and diverse lawyers to apply.  Povich and the Governor have done their part by assembling a diverse Judicial Nominating Commission (likely the most diverse ever) to consider applicants, and by continuing to appoint diverse candidates – of the 17 judges appointed by Governor Baker so far, twelve are women, two are African American, and three self-identified as LGBTQ.  Now it’s up to the bar to apply for future openings.

Chief Justices Ireland and Ordoñez both spoke about their experiences with this process.  Ireland stressed that it was only a job application and urged applicants to keep trying until they get the job, without getting discouraged if at first they do not succeed.  He talked about not making it to the bench on his first application to the Boston Municipal Court and about later applying to the SJC three times before being selected to the state’s highest court, where he was eventually appointed Chief Justice.  Chief Justice Ordoñez and Andrea Kramer noted that organizations like the Women’s Bar Association help candidates with the application process and with mock interviews.

As always, we will do our best to keep you updated on the judicial application and review process.  We hope that diverse candidates will continue to apply so that the judiciary can increasingly reflect the diversity of the society that it serves.