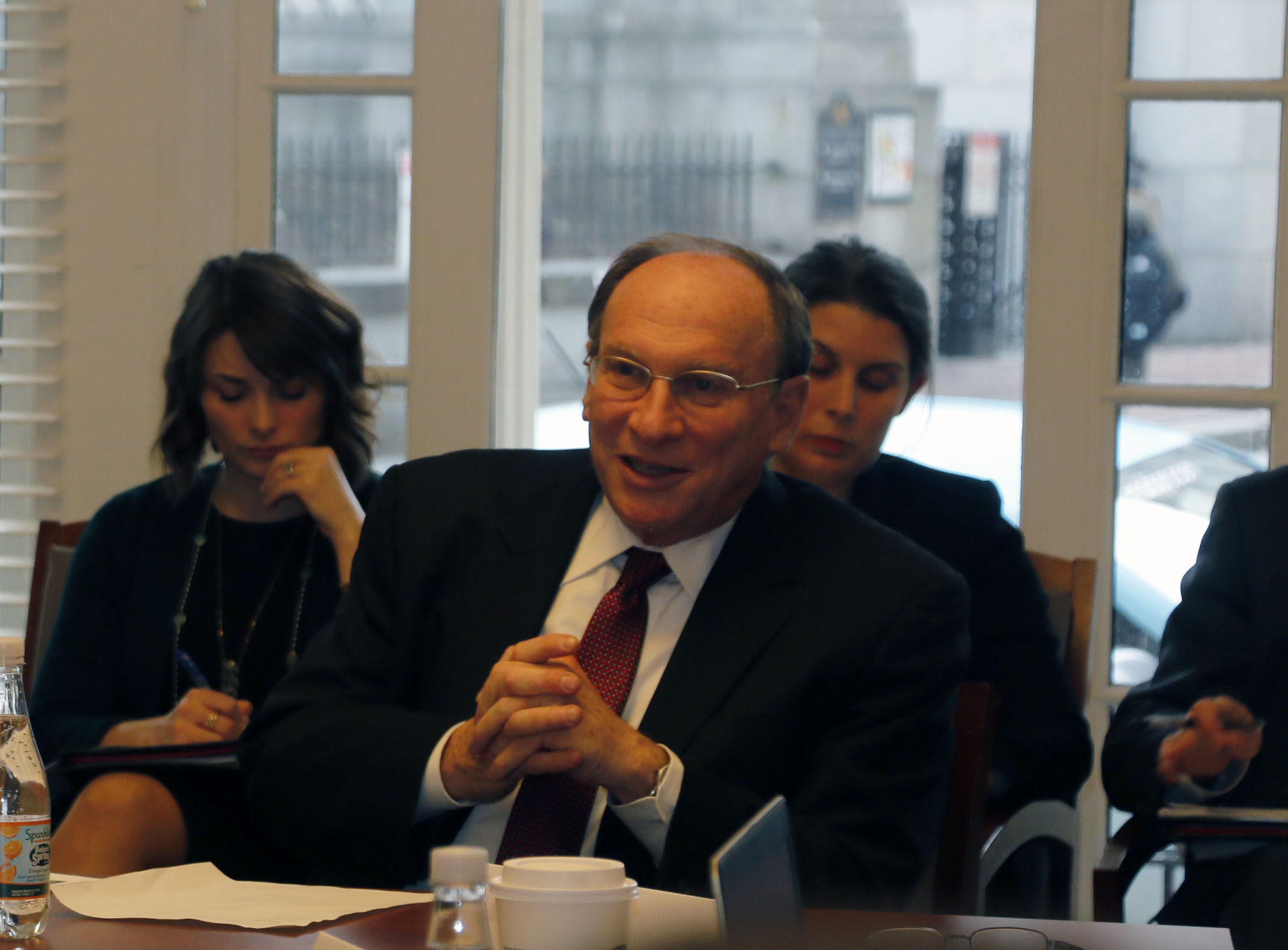 The Chief Justice of the Massachusetts Supreme Judicial Court (SJC) was once again kind enough to address the BBA Council at its most recent meeting. He spoke on a number of important issues facing Massachusetts, including criminal justice reform, the state budget, and civil legal aid.

From his appointment to the Superior Court two decades ago, to his appointment as Chief Justice of the SJC in 2014, and beyond, Chief Justice Gants has consistently shown his analytical rigor and intellectual scrupulousness. In addition to his unmatched legal analysis, he is well-known for his community outreach, regularly taking the time to address the public about the Massachusetts court system and the real impact it has on individual and community experiences.  Chief Justice Gants also has a long history of offering numerous platforms for discussion and critical insights on many of the causes near and dear to the BBA, including access to justice and pro bono legal services. He was a member of the SJC’s Standing Committee on Pro Bono Legal Services and also served as co-chair of the Massachusetts Access to Justice Commission from 2010 to 2015. The BBA recognized Chief Justice Gants with the Citation of Judicial Excellence in 2012.

At the Council meeting, Chief Justice Gants spoke on:

Chief Justice Gants began by thanking BBA President Carol Starkey, and the BBA as a whole for the recent leadership shown in response to current events impacting immigrant communities. He noted that complex issues like these will likely not be going away anytime soon, and he is hoping to see members of bar associations stepping up and remembering why they chose to enter the legal profession in the first place. The Chief Justice also pointed to an instance in Texas where a woman was detained by ICE while filing for a protective order from her allegedly abusive boyfriend, noting that the courts in Massachusetts will be keeping a watchful eye on these issues. He remarked that even though these events may be happening far away, the impacts can still be experienced by Massachusetts residents and Massachusetts courts, potentially creating a chilling effect that discourages victims from pursuing redress. Once again, he noted how important it will be for lawyers, and specifically bar associations, to step up and reach out. Underserved populations need this outreach to ensure they understand the availability of legal assistance and know when and how to access their rights and seek assistance and justice through the courts. For its part, the court system has been sending the message that all are welcome and no one’s status will be questioned.

Chief Justice Gants next discussed the Council of State Governments (CSG) report on criminal justice reform, which had been released earlier that morning.  Check out last week’s Issue Spot for our full run-down of the released report and a BBA event with an all-star panel discussing the final recommendations.  Similar to his last speech to the Council where he compared the budget process to a baseball game, Chief Justice Gants employed a sports analogy to describe the report, comparing the CSG process and report to a football game. He stated that the final report and proposed legislation were the equivalent of a first down: it advanced the ball down the field and did not require the team to resort to a punt. However, the CSG process did not produce a touchdown, so there is still more work to be done on criminal justice reform.  Overall, the Chief Justice saw the CSG procedure as a great learning opportunity, especially important as the previous nationwide reluctance to pursue substantial criminal justice system reform is beginning to shift and more and more other states are comprehensively addressing these issues. Finally, he provided that the CSG report and proposed legislation is particularly strong in certain areas, including its findings on wrap-around services and the specific reentry needs of 16 to 24 year olds that work to reduce barriers to housing, employment, and education. On that last point, the court system is developing a pilot project dedicated to those young people.

Next, the Chief Justice addressed budget issues, beginning with a discussion of Governor Charlie Baker’s allocation of $1 million for a state-wide Housing Court. He noted that currently only two-thirds of the state has access to the Housing Court and that it “just makes sense” to extend access to the entire state. As the BBA has written in the past, proponents of a Housing Court expansion point to the expertise of the judges who are equipped to handle the range of housing issues, the specialists at Housing Court who offer mediation and save potential litigants time and money, and the special services in place that make the Court adept at serving pro se litigants and handling municipal code enforcement.  Additionally, the Housing Court operates at the lowest cost per case of any Trial Court department, making it an efficient option. Make sure to keep an eye out for future BBA updates on this issue.

Chief Justice Gants also addressed the Trial Court’s budget prospects. As we outlined a few weeks ago, the budget process is only just beginning, but the Governor called for a 1% increase in appropriations for the Judiciary for Fiscal Year 2018.  Chief Justice Gants specifically spoke about the likelihood of an increase in Probation staff in light of the CSG report that will call upon more comprehensive supervision to ease reentry and reduce recidivism. He also pointed out that the increase provided in the Governor’s budget would not be enough to allow for an expansion in specialty courts, including Veteran’s Treatment Courts, Drug Courts, Homelessness Courts, and Mental Health Courts. Overall, the Chief Justice noted that BBA support would be crucial on these budget issues, and the BBA has a long history of offering that support.

The Chief Justice concluded his remarks by reminding members of the Council of the recently-created “menu of options” now available that give lawyers more practice options and allow them to craft their own case in a way that makes the most sense for the particulars of the specific situation.  Chief Justice Gants stressed, as he did previously, that these increased options will only work if lawyers choose to employ them. In many other jurisdictions, the use of these options is imposed by the court, but the Chief Justice is hoping that here, more lawyers will step up and pursue the options independently now that they have the choice.

As expected, the Chief Justice offered important insights into a range of issues, displaying both his impressive expertise and his constant passion for reform that will improve the efficiency, effectiveness, and accessibility of the Massachusetts court system.