On Wednesday, five of the six candidates in the Suffolk County District Attorney’s race came to the Boston Bar for a forum in which they fielded questions from two distinguished moderators and the audience. 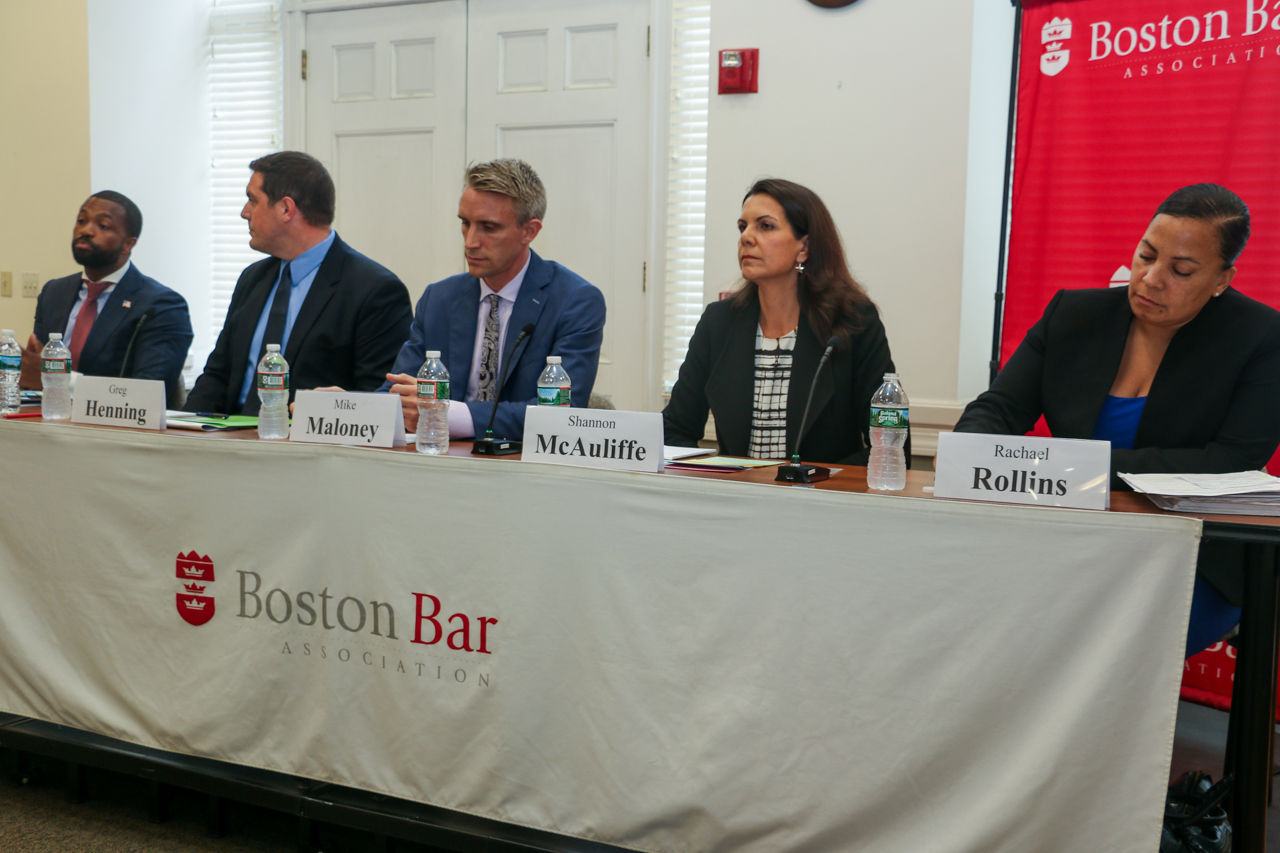 The candidates responded to questions on topics such as the use of court-ordered sobriety as a condition of probation and how they would help extend positive trends in crime and incarceration rates. The moderators touched on broad policy questions but also focused on some of the “nuts and bolts” issues of managing the largest DA’s office in the state, with a $20 million budget and a staff of more than 200 attorneys, asking what the candidates’ practices would be on seeking cash bail and how they would guide Assistant District Attorneys on charging decisions and plea offers. The candidates were also asked to share their views on how the District Attorney’s Office should handle cases where one or more party may face immigration consequences, and whether ICE should be allowed to make arrests in and around courthouses. And audience-submitted questions included one on how to protect victims and witnesses and ensure their appearance at trial.

Video of the forum is available for viewing online at this link.