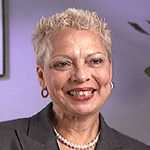 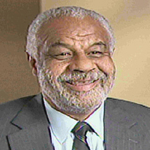 The Boston Bar Foundation is proud to present its 2023 Public Service Award to Benaree “Bennie” Wiley and Fletcher “Flash” Wiley at the 2023 John & Abigail Adams Benefit on April 1st, in recognition of their many years of selfless commitment and leadership to community service and philanthropy.

The Adams Benefit Public Service Award is given annually to business or civic leaders who have shown exemplary leadership in community service and philanthropy and whose work aligns with the BBF’s mission to promote justice by funding and promoting innovation in legal services, enhancing access to justice for the underserved, and supporting the public interest activities of the bar.

“Bennie and Flash, through their personal and professional endeavors, have touched countless lives throughout the Commonwealth and the country—mine included,” said BBF President Stephen Hall. “Their legacy of service is a beacon for us all, and I am honored and proud to recognize their selfless commitment and dedication.”

From 1991 until her retirement in 2005, Bennie Wiley served as President and CEO of The Partnership, an organization designed to open doors for minority professionals in the city of Boston to help gain access to the city’s corporate power structure and encourage them to become involved in civic and cultural affairs. During her tenure, The Partnership helped more than 1,300 Black men and women integrate themselves into the corporate community and stimulated more than 200 corporate partners to open doors for Black professionals. In addition to her work with The Partnership, she has served as Chair of the Boston Children’s Museum, Trustee at Boston College, Overseer of the WGBH Educational Foundation, and director of the Greater Boston Chamber of Commerce and the Boston Foundation.

Flash Wiley was a founding partner of Budd, Reilly and Wiley, at the time the largest minority-dominant law firm in New England. From 1975-76, he served as the third President of the Massachusetts Black Lawyers Association (MBLA). The MBLA later created the Fletcher “Flash” Wiley MBLA Legacy Scholarship Award, fiscally supported by the BBF, in his honor to support the development of students who “display academic and professional excellence…and exhibit a commitment to diversity and inclusion through leadership and volunteerism.” He is a founding member of the Black Alumni Association of both Harvard Law School and Harvard Kennedy School and founded the Governor’s Commission on Minority and Business Development in 1984. Wiley has served in various other leadership roles, including as Director of the New England Legal Foundation and Overseer of the New England Region Anti-Defamation League. He was appointed to the Board of Visitors of the U.S. Air Force Academy—where, in 1965, he became the Academy’s fifth-ever Black graduate, and first-ever Black Fulbright Scholar—by President Barack Obama in 2012.

The Wileys, who have been married since 1970, together have also devoted time and resources to the Crispus Attucks Children’s Center in Dorchester, where Bennie served as Director and Flash was a benefactor. The couple was honored in 2010 for their more than two decades of service to the Center with a playground dedicated in their names.

The Adams Benefit is the Boston legal community’s leading charitable and social event, drawing attendees from both the legal and business sectors, as well as many judges, public officials, and senior-level non-profit leaders. The most recent Adams Benefit set a new fundraising high for the event, raising more than $900,000 to support the BBF and its critical work in the community.