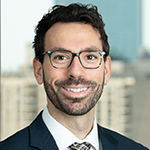 In its May 2nd , 2022 opinion in Shurtleff v. City of Boston, 142 S. Ct. 1583 (2022), the Supreme Court held that the City of Boston violated the First Amendment by refusing to allow a religious organization to raise a religious flag in City Hall Plaza.  Boston runs a program under which it allows organizations to apply for a permit to raise a flag of their choosing on a city-owned flagpole in front of City Hall.  Camp Constitution, a religious organization, applied for a permit to raise its “Christian Flag,” which featured a cross.  Boston denied the application, citing a concern that allowing this flag-raising would constitute government endorsement of religion and violate the Establishment Clause.  Camp Constitution sued, claiming that Boston’s refusal to grant the permit violated Free Speech principles, among other grounds.  The district court and the First Circuit ruled for Boston, but a unanimous Supreme Court reversed, finding that Boston violated Camp Constitution’s Free Speech rights.

The application of the government speech doctrine becomes challenging when the government invites the public to participate in a program involving expressive conduct.  The Supreme Court acknowledged in Shurtleff that it is difficult to distinguish between activities that involve public engagement but communicate the government’s own message, and a situation where the government provides a “forum for the expression of private speakers’ views.”  To draw that line, the Supreme Court generally considers three factors: the history of the expression at issue; the public’s likely perception of the identity of the speaker; and the extent to which the government has actively shaped or controlled the message.  Shurtleff recognized that the analysis is “driven by a case’s context.”

In Shurtleff, the Supreme Court found that the history of flag flying in Boston, particularly at the seat of government, weighed in favor of finding that the program was government speech.  Public perception also favored a finding of government speech, as a passersby would likely assume the flags on City Hall Plaza conveyed the government’s message.  Only the third factor, the extent to which Boston shaped or controlled the message, weighed in favor of finding that Boston had created a forum for private speakers, but this factor was found to be determinative.  The Supreme Court focused on the facts that Boston stated that it wished to “accommodate all applicants” and that the application process for a flag-raising permit did not involve a review of the proposed flag’s design.  Boston’s practice was instead “to approve flag raisings, without exception.”  This lack of control precluded a finding that the flag raisings conveyed government speech.  Because the program created a public forum, Boston could not discriminate among applicants based on viewpoint.  Thus, assuming it continues the program, Boston must allow the flying of flags that it deems to be offensive or inappropriate.  As Justice Kagan suggested during oral argument, Boston could not prevent the raising of a flag promoting Nazism or the Ku Klux Klan.

Although the Supreme Court reversed the First Circuit’s decision—which reached the opposite conclusion after applying the same test to the same facts—it did not explain where the lower court’s analysis went wrong.  The fact that the two courts reached opposite conclusions illustrates the challenge of applying the government speech factors to a given fact pattern, and the lack of explanation of how the First Circuit misapplied the test makes the outcome of future cases more difficult to predict.

It is also difficult to reconcile Shurtleff with the Court’s previous government speech cases.  For instance, in Walker v. Texas Div., Sons of Confederate Veterans, Inc., 576 U.S. 200 (2015), the Supreme Court upheld Texas’s refusal to issue a proposed specialty license plate with a confederate battle flag, relying on the government speech doctrine.  The Shurtleff Court distinguished Walker on the issue of government control because Texas had rejected “at least a dozen” license plate designs—even though it approved commercial designs that did not reflect the government’s message and even approved conflicting messages (including both pro-choice and pro-life designs).

The Shurtleff Court’s emphasis on government control is also difficult to square with Matal v. Tam, 137 S. Ct. 1744 (2017).  There, the Supreme Court struck down a law allowing the Patent and Trademark Office (PTO) to reject disparaging trademarks, holding that the PTO’s review and registration did not convert the marks into government speech.  The level of government control in Tam was similar to that in Walker: the PTO had rejected proposed trademarks following review.  But the Supreme Court found the first two factors—history of the expression and public perception—precluded a finding of government speech.  In Shurtleff, the reverse was true: although the first two factors pointed toward government speech, Boston’s lack of control over the message was enough to find that the speech was not government speech.

Shurtleff threatens to further complicate the already difficult task of drawing the line between government speech and a forum for private expression.  Shurtleff suggests that government control over the message is critical, but Tam suggests it is not determinative.  Under Walker, it is unnecessary to show that the messages conveyed by the program are consistent or endorsed by the government, and the government may encourage speech by a number of private participants, as long as the government exercises some editorial control.  But it is reasonable to question Walker’s continued vitality in light of Shurtleff.  Indeed, Justice Alito suggests in his Shurtleff concurrence that Walker may be an outlier and of little precedential value.  One factor that might distinguish Shurtleff from Walker is that, in Walker, the government took ownership of the license plate designs, whereas in Shurtleff and Tam, the government did not own the flag design or trademark.  Government ownership of the expression was previously only discussed by the Supreme Court in the context of the public perception prong of the analysis.  But Shurtleff mentions ownership in its discussion of government control, signaling that, going forward, government ownership of the message might be relevant to the control factor.

The difficulty in seeing how Shurtleff is consistent with the government speech doctrine suggests that this area of the law is evolving.  Indeed, three justices, in a concurrence, explicitly endorsed adopting a new approach to the doctrine.  In light of the lack of clarity, states and municipalities should anticipate future modifications to the doctrine, which are almost certainly on the horizon.

Austin Anderson is a senior associate at Anderson & Kreiger, LLP, where his practice areas include civil litigation, internal investigations and white collar, and municipal and land use law.