Adoption of Patty: When Disaster Strikes Your Virtual Trial 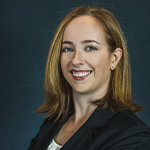 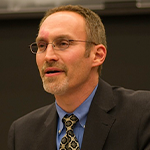 Last year, the Supreme Judicial Court issued two decisions, Vasquez Diaz v. Commonwealth, 487 Mass. 336 (2021), and Commonwealth v. Curran, 488 Mass. 792 (2021), in which the Court considered whether pandemic-era virtual hearings in criminal matters violated defendants’ Sixth Amendment rights to confrontation, presence, and public trial. The SJC concluded that these hearings did not, primarily because the technology worked well: the Zoom hearings in both cases were much like in-person hearings.

Termination of parental rights cases are civil, not criminal, proceedings. As a result, respondent parents do not enjoy confrontation, presence, or public trial rights in termination cases, even though the State threatens to permanently sever familial relations. “Fair trial” rights for parents are grounded in procedural due process, which is flexible and offers weaker protections than those afforded under the Sixth Amendment. So when the SJC in Adoption of Patty, 489 Mass. 630 (2022), looked at the issue of virtual trials in termination cases, there was little doubt that it would hold that such trials were permissible during the COVID pandemic. But what makes the case interesting is that, unlike the hearings in Vasquez Diaz and Curran, the virtual trial in Patty was an audio and video disaster. The technological problems forced the Court to look at whether that trial satisfied the requirements of due process and to explain the protections that parents – and presumably all civil litigants in cases involving protected liberty interests – are entitled to in pandemic-era virtual trials. The Court concluded that the trial in Patty did not satisfy the requirements of due process and remanded the case for a new trial.

In September 2020, a judge of the Juvenile Court held a Zoom bench trial to determine whether it was in the best interest of the child to terminate the mother’s parental rights. The mother, who represented herself, objected and asked for an in-person trial. The mother had no video connectivity and could only participate by audio via cell phone. The court insisted on going forward anyway.

Technological problems started immediately. The mother’s connection was faulty during direct examination of the first witness, a Department of Children and Families (DCF) social worker, and it was unclear to the judge what the mother heard. At the end of the testimony, the judge removed the mother from the Zoom trial with instructions that she re-establish contact. After a short recess, the judge decided to resume the trial without the mother, proceeding with the testimony of two additional witnesses who also experienced Zoom-related connection issues. When trial restarted two days later, again via Zoom, the mother was able to connect. She explained to the judge that her cell service had been “really bad” on the first day of trial. The judge did not ask her what she had been able to hear on the first day of trial; instead, he offered her the chance to cross-examine the witnesses whose direct examination she never heard. Shortly thereafter, the judge terminated the mother’s parental rights. The mother filed a motion for new trial, explaining that she had heard only parts of the first witness’s testimony, that she had not heard any of the other two witnesses’ testimony, and that she had tried without success to reach the clerk’s office to be reconnected. The judge denied the motion without a hearing.

The Court first looked at whether a virtual trial per se violates a parent’s right to due process in the midst of the COVID-19 pandemic. Employing the procedural due process balancing test in Mathews v. Eldridge, 424 U.S. 319, 335 (1976), the Court held that the government’s significant interest in protecting public health during a pandemic, coupled with children’s interest in timely permanency, outweighed parents’ interest in appearing in person for trial.

However, to reduce the risk of erroneous deprivation of substantive rights, the SJC recognized that the trial court must ensure that sufficient safeguards are in place throughout the trial. Finding such safeguards to have been absent at the Patty trial, the SJC held that due process during a Zoom trial requires the trial court to:

If technological problems cannot be fixed, or parents (or their counsel) cannot be reached, the court must suspend the proceedings until the problems are fixed or the court has an explanation for why the parent is not participating. Id. at 647. If a parent cannot timely reconnect, the court must explore other options, such as giving the parent time to review missed testimony before conducting cross-examination.

First, does the Court’s reasoning apply beyond child welfare cases? If the State’s interest in public safety supersedes parents’ rights to in-person termination trials, it may also supersede the liberty interests at stake in cases involving civil commitment or involuntary use of medication. It certainly suggests that trials involving “lesser” individual interests – such as those at stake in domestic relations, housing, and other civil matters – may be held virtually.

Second, while the SJC focused its inquiry in Patty on termination trials “during,” “because of,” and “in the midst of” the COVID-19 pandemic, id. at 638, 642, the Court did not specifically hold that termination trials can be held virtually only because of the pandemic. While the State’s powerful interest in pandemic safety tipped the Mathews v. Eldridge scale toward virtual trials in Patty, the State might argue other strong interests after the pandemic has eased or vanished. Indeed, the Juvenile Court has seemingly ignored the COVID-19 limitations in Patty. Even though most courts have returned to relative normalcy, and mask and distancing restrictions have been lifted, the Juvenile Court recently issued Standing Order 1-22(III) (effective September 1, 2022), which permits judges to hold hearings of any type, including termination trials, either virtually or in person in their discretion. It remains to be seen whether the Standing Order satisfies due process.

Third, while Patty requires that courts ensure that parties and counsel understand the rules and mechanisms for virtual participation, the SJC does not explain how these instructions must be given. Are they to be shared with lawyers and parties by verbal colloquy? In a published form? Is it sufficient for the judge to ask counsel, “Did you explain all of the video logistics to your client?”

And, finally, the video and audio connections in Patty were terrible; everything that could go wrong did. While major connectivity problems must be monitored by clerks and judges, and may require suspension of trials, Patty provides little guidance regarding the more common connectivity problems that plague almost every video meeting and hearing. At what point does frozen video, dropped audio, or breakout-room confusion rise to the level of deprivation of the right to meaningful participation?

Internet connectivity, especially in the Commonwealth’s older courts, remains flawed. Further, many litigants in underserved communities have low-quality devices, limited data, and poor internet service. These issues will lead to problematic virtual hearings. The questions left unanswered in Patty must be addressed by the trial and appellate courts.

Alison Bancroft is a solo practitioner specializing in appeals. Her practice is in indigent criminal defense, children and family law, and juvenile law.

Andrew Cohen is the Director of Appellate Panel for the Committee for Public Counsel Services, Children and Family Law Division.